Home / WORLD / It is right Juneteenth is now a holiday, but it risks becoming weaponized to promulgate division rather than celebrating unity 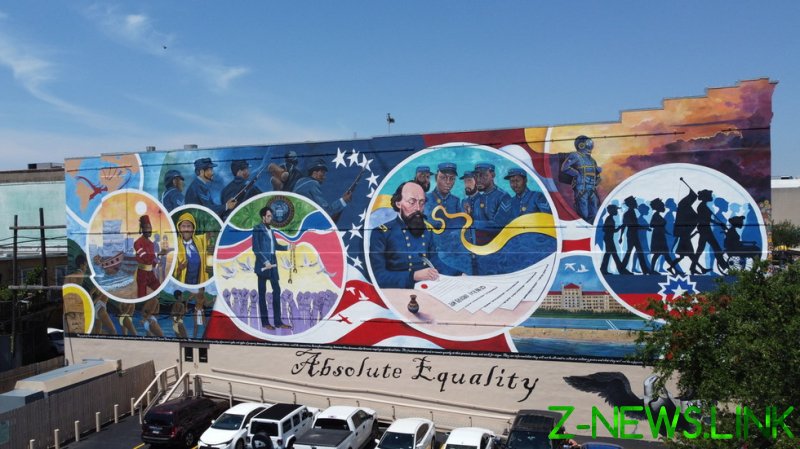 The United States Constitution states that all men are granted inalienable rights by their creator, and thus have the rights to life, liberty, and the pursuit of happiness. It goes without saying that slavery, by its very definition, infringed upon every one of those rights, which is why Abraham Lincoln pushed for the abolition of slavery so hard he declared war on half the country. He succeeded, and the abolition of slavery is marked by a day known as Juneteenth (a portmanteau of June and ninteenth, the date it is celebrated), and Joe Biden recently signed a law making it a federal holiday.

However, the federal government didn’t simply call the act instituting the new holiday the ‘Juneteenth Act’, but the ‘Juneteenth National Independence Day Act’.The problem is Americans already have an Independence Day, the Fourth of July, that marks our declaration of independence from the British Empire in 1776. The choice of title is clearly deliberate, because it could just as easily have been called Juneteenth Emancipation Day, and my issue with the chosen title is that it seems to have been picked with the intention of dividing Americans along racial lines. This is the antithesis of what the day is celebrating.

It goes without saying that the emancipation of slaves in America should be celebrated. However, trying to make it effectively an alternative Independence Day misses the point of what abolitionists like Frederick Douglass argued for. Throughout his many speeches, Douglass often referenced the Constitution and its definition of rights. The argument was that slavery was a violation of the rights the constitution promises to uphold. Slavery was and is antithetical to American principles. He was right.

Nearly a hundred years later, Dr. Martin Luther King Jr. made those same arguments against Jim Crow, and he was also correct. Failure to adhere to these principles, which were first espoused by John Locke in the 1600s, was why slavery persisted, applying them correctly was why emancipation happened. We must not forget that. But forgetting the founding principles of the United States, or willfully misrepresenting them, seems to be common among many left wing Americans who are desperate to argue the nation is and always has been rotten to the core.

The Emancipation Proclamation and the 13th Amendment should not be used to segregate black from white Americans with another Independence Day. Rather, Juneteenth should be a day where we all realize that there is a duty as Americans to remember that we are all created equal and deserve to have our rights preserved and protected by our government. Those were the words and principles that carved the foundation of this nation, and they apply to all of us. This new holiday should be a celebration of the USA coming together but I fear that people will use it to try and divide the races again.

This is not what people like Douglass or Dr. King wanted for Americans. In his speech, ‘What to the Slave is the Fourth of July’, you don’t find Frederick Douglass calling for a separate holiday, but true inclusion in the already established Independence Day. In his ‘I have a Dream’ speech, you find Dr. King asking for race to become an irrelevance in US society, not a defining characteristic. Both men recognized the principles of the United States, and desired equality. Separate but equal was the cry of Jim Crow. Dr. King and Frederick Douglass wanted to be equal in the eyes of the law, just as they were in the eyes of God.

I want to celebrate Juneteenth and look on it as I always have. I want other Americans to do the same. It is not a day that should be used to divide Americans from one another based on their skin color. How does suggesting there are effectively separate black and white Independence Days unite the nation?

That specter of segregation deserves to stay dead in the tomb of Jim Crow. I want to look at Juneteenth as a day where a promise was fulfilled for all Americans, where no man was slave to another. Where we could all put aside our differences, and be part of the greater picture that is the United States of America.