Home / sports / “It is impossible to clean the sport, not clearing Russia as a whole,” fans about the decision of WADA

“It is impossible to clean the sport, not clearing Russia as a whole,” fans about the decision of WADA 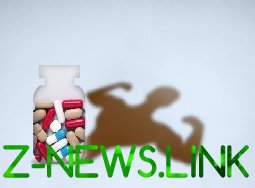 Another suspension of Russia from the Olympics (this time 2020-2022) and other international competitions for 4 years by the World anti-doping Agency (WADA) only draws a line under a fait accompli. Soviet sport has died.

The agony of phenomena, symbolizing the fantastic achievements of the Soviet system lasted long enough. Foundations increased attention to children’s and mass sport, respect for coaching staff, a giant public network partitions, stadiums and playgrounds, special schools and factory clubs were solid and the Yeltsin-Putin era were destroyed immediately. The agony of death renewed pharmacology, Meldonium, substitute urine in test tubes and manipulated in databases — in short, all the things a strong current the state apparatus in the effort to keep the greatness of power.

On the official website of the President kremlin.ru remained modest news of 30 August 2000 on Vladimir Putin’s meeting with Russian Olympians in the Olympic games in Sydney. Then the head of state wished the team success and noted that “today, the sport returned in the list of priorities”.

Since the solemn meeting with the presentation of state awards and inspirational speech to the athletes become an integral part of political PR: “I Want to wish you that thanks to your victories as often as possible at the Olympic stadiums, raised the flag of the Russian Federation and as often as possible sounded the national anthem of our country”; “the Olympic games are much more than just international competition. Here are fighting for the title of the most sporting nation, and to be among the leaders is a matter of national prestige”. Needless to say that in reality it all happened absolutely on the contrary? Our athletes are deprived of the flag and the anthem, from the sports prestige, no stone has been left unturned. However, what this confusion differs from other declarations of the party in power, which she has always been especially generous?

For example, in the March 2008 article “to Survive until 2020. After 12 years, Russia will come down from an oil needle” to “Russian newspaper” quoted the concept of socio-economic development of the country: “By 2020, the Russians will average to $ 2,700 per month, have no less than 100 square meters for a family of three, and the middle class will account for more than half of the population. Thus, annual inflation drops to three percent.” Promised a breakthrough innovation, the transition to bio – and nanotechnologies, among the gems were even such: “the Clinics and hospitals will begin to compete for patients, priority medicine will be prevention.” Sport is no exception idle, noncommittal chatter, designed for suckers Russian electorate.

However, in Patriotic circles do not lose heart. In the newspaper “Sport-Express” the chief of information Department has compiled a list of competitions that are not covered by the WADA code and, therefore, the fans will remember the “gruel”. This is a commercial League, including professional Boxing, martial arts, motor racing, extreme sports, NBA and NHL, world games of military, police and firefighters, the Russian-Chinese games, the world Islamic solidarity games, world Amateur games TAFISA. Voiced the prediction that it is here where people with big money are much calmer perceive history with illicit drugs, or, conversely, where there is no money, come the sponsors, and these areas will receive additional impulse for development. Is referring to the 1920-30 years, when the conditions of insulation of domestic sport was formed in the non-Olympic niche.

However, a number of disadvantages to the article said that not all fans “in five years, learned to abstract from this nightmare.”

Has anyone noticed that virtually none of the sports edition now talks about the likely impact of sanctions, no hint of those who organized fraud databases anti-doping laboratory — after Russia suffered a severe punishment, and was uttered high-sounding phrases of senior officials about the beginning of uncompromising struggle for the purity of the sport, and it took control of the Investigative Committee. In General, nothing has changed. Like 5 years ago, only culprits of doping scandals exposed “the machinations of the West.” I don’t think under the current government this situation can affect a new stage in the weaning from international tournaments, Yes, even eternal excommunication.

It should be noted that sports in modern Russia has become a dead end for young people wishing to realize themselves in this field. Endless suspicions, humiliation and false hopes.

Probably have to agree with most commentators “opposition”, “sports.ru”, convinced that this “cruel” decision WADA had to wait, and it is absolutely true, but only “it is impossible to clean the sport, not clearing Russia as a whole. If officials will continue to cut the money and strive at any cost to please the authorities, security forces to intervene at all in all that is happening in the country, and the courts to ignore the law and do what you say, it doesn’t matter who will be there at the head of RUSADA”.

… The above, of course, should anyone bother to engage in physical activity and Amateur sport. And remember that if you are not engaged in politics, sooner or later, politics will take care of you. The sad fate of our professional athletes, the most visible proof of that.