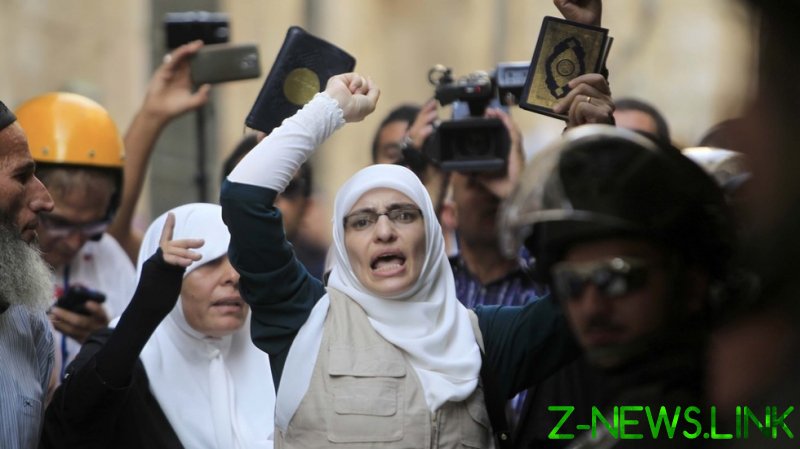 Following months of Israeli-Palestinian tensions over Jerusalem’s Old City, the Jerusalem Magistrates Court ruled this Wednesday that Israeli Jews may perform prayers inside Islam’s third holiest site, al-Aqsa Mosque. Israeli police had, in the past, placed a blanket prohibition on Jewish prayer at the site, citing security concerns. Yet, since 2019, Israeli settlers have regularly stormed the site, accompanied by the police, in order to perform silent prayers, acts viewed by many as provocative.

The court ruling was strongly condemned internationally by the likes of Turkey and domestically by Palestinian political parties, including Palestinian Authority (PA) Prime Minister, Mohammad Shtayyeh, who called for a return to the “status quo.” Palestinian groups in the Gaza Strip, such as the ruling party Hamas, also signaled their intention to escalate tensions in order to combat what was seen by Palestinians as an attempt to slowly take over the Holy Site and push them out, similar to what is being done elsewhere in East Jerusalem.

As tensions boiled, an Israeli court overruled the lower court’s decision to allow Jewish prayer at the site, allegedly after Washington intervened to stabilise the potentially explosive situation.

In the town of Silwan alone, up to 7,000 Palestinians are living under the threat of being made homeless, either by way of home demolition or through forced ethnic displacement for the purpose of Israeli settlers taking their place.

In Silwan’s neighborhoods of al-Bustan and Wadi Yasul, over 100 Palestinian families face home demolitions. Israel’s pretext for uprooting the residents and bulldozing their homes is that the structures do not possess building permits. But, according to locals, in the areas they live these permits are nearly impossible to attain, despite large legal battles to achieve this. According to al-Bustan residents, a pro-settler organization, Elad, plans to replace their community with a tourist attraction.

In the neighborhood of Batn al-Hawa, also located in Silwan, the Israeli settler organization Ateret Cohanim is reportedly attempting to use the 1950 ‘Absentees Property Law’ to displace 86 Palestinian families – around 800 people – in order for illegal settlers to take their homes. The Law was described as discriminatory by Human Rights Watch, in its report ‘A Threshold Crossed’ published earlier this year, which accused Israel of the crime of “apartheid.”

These expulsion plans, for East Jerusalem’s Silwan, are already happening and span further than the above-mentioned neighbourhoods. Last week Israel reportedly bulldozed a home in Ein al-Louza and issued court papers requiring residents to pay for the demolitions of their own homes. In Wadi ar-Rababa, Israeli police were filmed beating and arresting a Palestinian man whose home had reportedly just been seized by illegal Israeli settlers. Home invasions by police in Silwan are also routine, causing trauma cases in children subjected to the random raids, and have led to regular clashes in the area, declared a closed-military-zone earlier this year.

Amnesty International’s Deputy Director for the Middle East and North Africa, Saleh Higazi, commenting on the expulsions earlier this year, said: “Let us be clear, the USA, UK, EU countries and the international community at large have a responsibility to stop Israel from continuing with its policies of forcible transfer and dispossession. Instead of allowing Israel to trample over Palestinians’ rights with impunity, there must be a concerted effort to address the systematic oppression and dispossession of Palestinians which are among the root causes of these repeated cycles of violence and civilian bloodshed.”

The infamous case of East Jerusalem’s Sheikh Jarrah, which became well known during May’s 11-day conflict between Israel and Gaza, is also ongoing. Protests are a regular occurrence in the area and Palestinian residents still face the threat of expulsion.

Earlier this year the catalyst that led to the Israeli assualt on Gaza was Israeli threats to al-Aqsa Mosque site, but the events which helped build the anger directed at Israel came from the ethnic cleansing campaign in East Jerusalem and the violent repression of Palestinian protesters. If Israel again seeks to replicate the circumstances that led to the crisis in May, which resulted in the deaths of over 270 Palestinians and 13 Israelis, it is likely that such an event may trigger action in the wider region.

Earlier this year, rocket fire allegedly launched by Palestinian groups in Syria and Lebanon shocked Israel, leading to a short confrontation with Hezbollah in August, when the group announced its first rocket attack on Israel in 15 years.

In Late May Hezbollah’s Secretary General Seyyed Hassan Nasrallah declared that any future attacks on al-Aqsa Mosque should equal a regional war against Israel.

Regardless of whether war comes from Israel’s actions, the expulsions in East Jerusalem and the recent rulings on al-Aqsa Mosque have certainly escalated tensions internally. For a situation which could dramatically escalate in the blink of an eye, it is concerning that Western nations only step in to save Israel from itself and stand by inactive when thousands of people are being made homeless, purely because of their ethnicity.