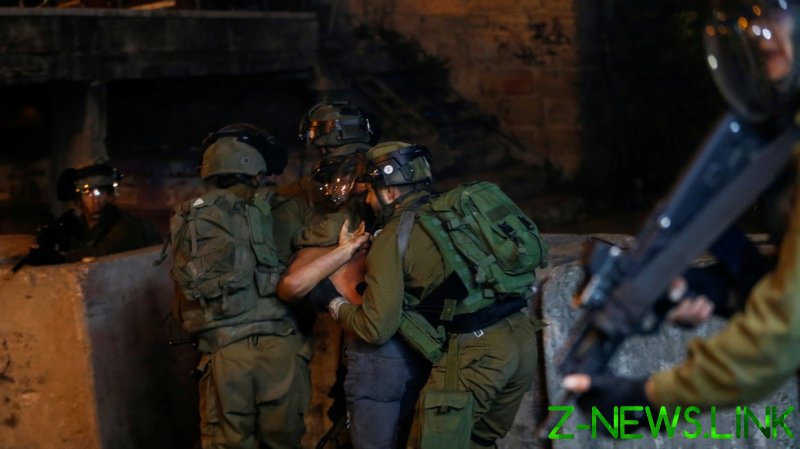 The Israel Defense Forces (IDF) even incentivized soldiers to compete against each other to take photos of residents “with prizes for the most pictures collected by each unit,” according to the Washington Post. Soldiers were reportedly offered rewards such as a night off if they managed to take the most pictures.

The surveillance dragnet is apparently based in part on smartphone technology called ‘Blue Wolf’ that captures the photos and cross-references the faces to find matches on the database. The application then signals to the soldier through a “traffic light” of colors which individuals to detain, arrest or leave alone.

Noting that the IDF has admitted to the initiative’s existence in an online brochure, the report also features interviews with former soldiers who had previously spoken to Breaking the Silence – a group of veterans that highlights human rights violations by the IDF.

One former soldier reportedly described the program as the IDF’s secret “Facebook for Palestinians.” Another veteran told the paper a network of facial recognition cameras had been installed at various checkpoints in the flashpoint town – as well as a broader network of CCTV cameras known as ‘Hebron Smart City’ that sometimes even allows the IDF to see inside people’s homes.

The network also apparently makes use of ‘White Wolf’, an app employed by security volunteers in the West Bank to provide ID information about Palestinians before they enter settlements to work.

“I wouldn’t feel comfortable if they used it in the mall in [my hometown], let’s put it that way,” said one recently discharged soldier who reportedly served in an intelligence unit. She called the Hebron surveillance system a “total violation of privacy of an entire people.”

In response, the IDF issued a statement that noted how “routine security operations” were “part of the fight against terrorism and the efforts to improve the quality of life for the Palestinian population in [the West Bank].” It would not comment on the IDF’s “operational capabilities in this context.”