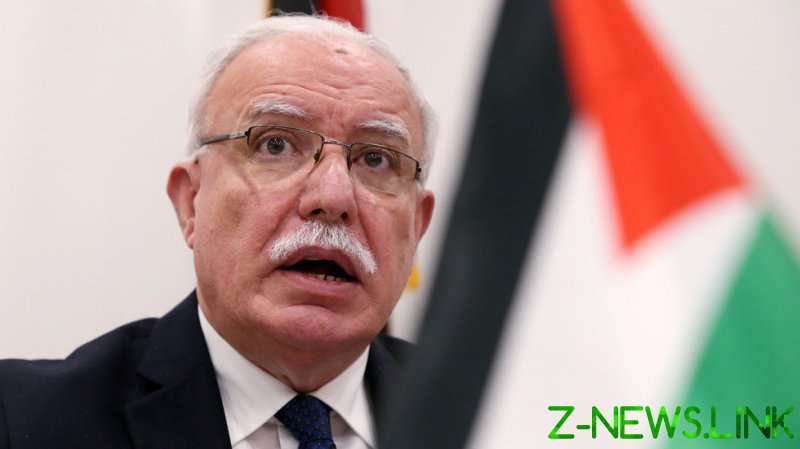 Senior Palestinian official, Ahmed al-Deek, said that agents of Israel’s Shin Bet intelligence service have questioned al-Maliki for around 30 minutes at the Allenby crossing from Jordan into the West Bank on Sunday. Members of the FM’s entourage were questioned for around an hour, he added.

Al-Maliki’s special travel permit has been revoked and he left the border crossing without it. The VIP pass allows top Palestinian officials to move freely through the Israeli-operated checkpoints. It was unclear if the FM will be getting the papers back, al-Deek added.

An Israeli official has confirmed the development to the Times of Israel, but declined to name the reason for the cancellation of the minister’s pass. However, al-Deek insisted that the move by the Israeli authorities was retaliation for Maliki’s visit to the ICC in The Hague earlier this week.

“Israel is unable to solve cases through the law, but instead resorts to a policy of intimidation, sanctions and threats,” he told Palestinian WAFA news agency.

Al-Maliki, who was on European tour, met with ICC lead prosecutor, Fatou Bensouda, on Thursday. Earlier this month, Bensouda announced a probe into war crimes carried out in the Palestinian Territories since June 13, 2014.

According to al-Maliki’s office, he spoke to the prosecutor about “the importance of expediting investigations into the crimes committed in the territory of the State of Palestine, in a manner that ensures justice for the victims and their families among the Palestinian people.”

On Friday, Israeli and Palestinian administrations both received notifications from the ICC of the opening of a war crimes probe against them.

While welcomed by the Palestinians, the investigation has angered the Israeli authorities, with Prime Minister Benjamin Netanyahu labeling it “the epitome of anti-Semitism and hypocrisy.”