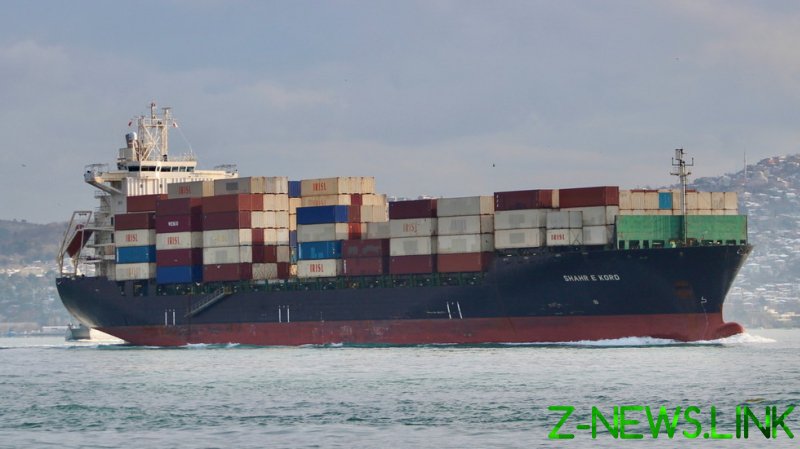 “Considering the geographical location and the way the ship was targeted, one of the strong possibilities is that this terrorist operation was carried out by the Zionist regime (Israel),” an unnamed investigator told the Nournews agency.

Several containers on the deck of the Shahr-e Kord vessel were hit with high-explosive objects. The damage they suffered indicates that the Iranian ship could have been targeted by an aerial vehicle, the expert pointed out.
The attack on a commercial vessel travelling through the Mediterranean to Europe took place on Wednesday. There were no casualties, and the crew swiftly extinguished the small fire in the hull it caused.

Iran reported the incident a few days later, with the national shipping company’s spokesman Ali Ghiasian labelling it a terrorist attack and an act of “naval piracy.” He didn’t blame any party, saying only that Tehran would seek to identify the perpetrators “through relevant international institutions.”

On Thursday, the Wall Street Journal reported that Israel has bombed at least a dozen ships carrying Iranian oil in the Red Sea and other parts of the region over the past two years. The article, which cited US and regional officials, claimed that Tel Aviv acted out of fear that Tehran was using oil money to fund extremism in the Middle East. The vessels were allegedly targeted with naval mines. Israeli authorities have neither confirmed nor denied the report.

In late February, Israel also accused Iran of striking an Israeli-owned transport ship, Helios Ray, in the Gulf of Oman. As with the Iranian investigator, Israeli Defense Minister Benny Gantz didn’t publicly provide any hard evidence for the claim, saying only that “Iran is looking to hit Israeli infrastructure and Israeli citizens. The location of the ship in relative close proximity to Iran raises the notion, the assessment, that it is the Iranians.”

Tehran denied any involvement in the attack, which blasted holes in both sides of the vessel’s hull and forced it to redirect to the port of Dubai for repairs.