Home / WORLD / Israel is picking so many fights on multiple fronts that several wars could break out at any time. Meanwhile, the US stays silent

Israel is picking so many fights on multiple fronts that several wars could break out at any time. Meanwhile, the US stays silent 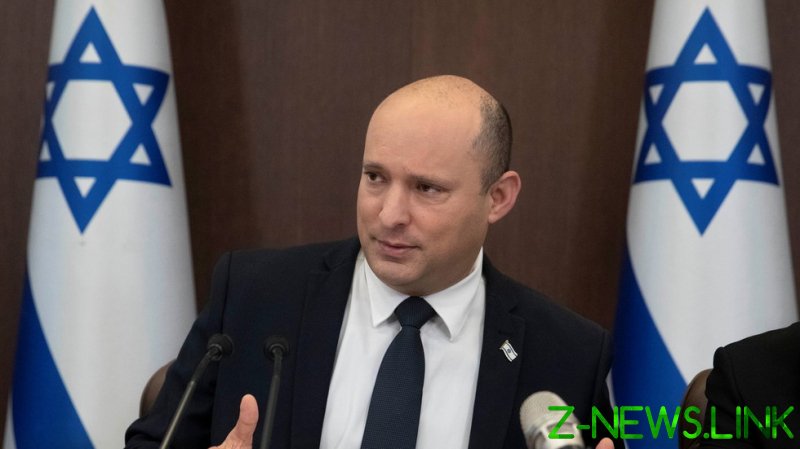 Israeli police forces this week raided the Damascus Gate (Bab al-Amud), located at the entrance to Jerusalem’s Old City, injuring at least 70 unarmed Palestinians, who had set up celebrations for the Prophet Mohammed’s birthday, considered to be a Palestinian national holiday.

At least 35 Palestinians were arrested, the majority of them children, two local journalists were also detained and a paramedic was assaulted, along with countless women and children, many of them passersby. The assaults at Bab al-Amud intensified on Wednesday, when far-Right Israeli Knesset members, Itamar Ben-Gvir and Bezalel Smotrich, stormed the site under heavy police protection, as a means of provoking Palestinians.

Only compounding the escalation, Israel’s district court upheld the bulldozing of one of the oldest Muslim cemeteries in Jerusalem, which Israeli forces began desecrating last week, unearthing the remains of the dead and buried. On top of this, illegal Israeli settlers continue to storm the al-Aqsa Mosque site, which has drawn threats from Hamas that the group will retaliate if they cross red-lines.

Interestingly enough, Israel seems not to have learnt from its mistakes in May, when it provoked fighting with armed factions in Gaza over its aggression against unarmed Palestinians in Jerusalem. The uprooting of Palestinians from their homes in East Jerusalem, attacks on holy sites, and its brutal police crackdowns on unarmed protesters all led to the paroxysm witnessed this May, resulting in 270 Palestinians being killed, along with 13 Israelis.

Following May’s 11-day Gaza-Israel conflict, the Secretary General of Lebanese Hezbollah Seyyed Hassan Nasrallah stated in a speech that regional war would be the result of Israeli attacks on Jerusalem. On Monday, Yemen’s Ansarullah party leader, Abdul-Malik Al-Houthi, pledged that it would join with Hezbollah in that endeavour. To make things more serious, Hezbollah leader Nasrallah also revealed the same day that the size of its military consisted of more than 100,000 fully armed and trained fighters.

Israel also re-opened its Northern Front with Lebanon in August, as the Lebanese Hezbollah announced it had fired rockets into Israel in response to IDF air raids. Hezbollah also accuses Israel of backing the right wing militia group, known as the ‘Lebanese Forces’, to create a civil war in Lebanon.

Talking of the alleged plot to cause instability inside of Lebanon, last week Algerian state TV channel, Ennahar, announced that a terrorist cell plotting to attack and destabilise the country had “direct contact” and was aided by “the Zionist Entity [Israel].”

The Algerian “General Directorate of National Security managed to thwart a conspiracy plot that dates back to 2014,” the report stated. It was later revealed that the group directly responsible was the MAK, a seperatist group registered as a terrorist organisation by Algiers. Algerian forces also chased off what was believed to be an Israeli reconnaissance submarine, which had come close to entering its territorial waters.

Dangerously, Israel has also been escalating tensions with the government of Syria. Israeli Prime Minister Naftali Bennett announced on October 11 that Israel was seeking to expand its illegal settler population four-fold in the illegally occupied Golan Heights. This would mean that the native Syrian Druze population there would become outnumbered.

That same day, during an address to the Non-Alignment Movement (NAM)’s meeting of member states, Syrian Foreign Minister Faisal Mikdad stated that his country “has every right” to retake the Golan Heights, which is recognised as Syrian territory by the United Nations. Israel was said to have responded by moving a large number of tanks to the buffer zone between the two sides.

Israel conducted two separate attacks on Syria within the space of roughly a week, killing a Syrian soldier and injuring several others, after which pro-Syria militias vowed to retaliate with a “very cruel” strike. Israel also allegedly assassinated a former member of Syrian parliament, Midhat Saleh, in a Syrian village near the border.

Although Tel Aviv is escalating tensions on multiple fronts, the most likely scenario is a repeat of the war initiated earlier this year with the Palestinians. The tensions in Jerusalem are causing real issues, as is the violence in the West Bank, where newly established rag-tag militias, in refugee camps surrounding Jenin, Nablus, Qalqilya and al-Khalil, are regularly opening fire on Israeli checkpoints.

Palestinians also suffer intensified daily hardships, which are feeding the desire for revenge. For example, Najia Bisharat, a Palestinian woman who was assaulted by Israeli settlers, was arrested by Israeli police forces this Monday and was prevented from breast-feeding her three-month old daughter for up to four hours during her interrogation. Bisharat’s attorneys, Riham Nasra and Michal Pomerantz, said to Haaretz: “This is another example of a needless arrest, entailing potential health damages to mother and baby, just to appease the settlers who filed the complaint.”

Inside Israel itself, tensions between the police and Palestinian citizens of Israel are also again coming to a boiling point, with protests regularly scheduled in areas such as Umm al-Fahm, which organised a general strike for this Thursday.

But the most explosive issue is perhaps Israel’s ongoing abuse of Palestinian political prisoners, which has caused a row with the Gaza-based Palestinian Islamic Jihad (PIJ) movement. The group has announced that all of its members held in Israeli military prisons will go on hunger strike, protesting the measures taken against detainees who are deprived of their basic rights. PIJ states that if a prisoner dies, it is ready to launch armed attacks.

Especially concerning is the case of 24-year old Miqdad al-Qawasmeh, who has already been on hunger strike for 91 days in an attempt to have his freedom granted, as he is currently held in administrative detention without charge. He was transferred days ago to the intensive care unit at Israel’s Kaplan hospital and is in a critical condition. Miqdad’s family say that he may die at any moment, but that they have been stopped from seeing him.

Hamas, which rules besieged Gaza, has gone through several rounds of indirect negotiations with Israel to try and seal a prisoner swap deal. If Israel does not agree to terms for an exchange between the two sides soon, Hamas may also seek an armed escalation with Israel in order to apply pressure. Right now, Israel must land a diplomatic resolution to the issue of prisoners, a long term truce with Hamas and the reconstruction of Gaza; if it does not achieve this, war is only a matter of time.

Just as was the case prior to the dramatic events of May, the Biden administration in the US seems to be twiddling its thumbs and refusing to rein in its ally. Although what happened earlier this year was not a death blow to Israel, it shook Israelis, and their political system, to the core. Another, more intense flare-up now, and perhaps a wider conflict, could turn out to be even more of a hammer blow.