Home / WORLD / Is TV too woke? Of course it is, but the problem is industry insiders insist it isn’t woke enough

Is TV too woke? Of course it is, but the problem is industry insiders insist it isn’t woke enough 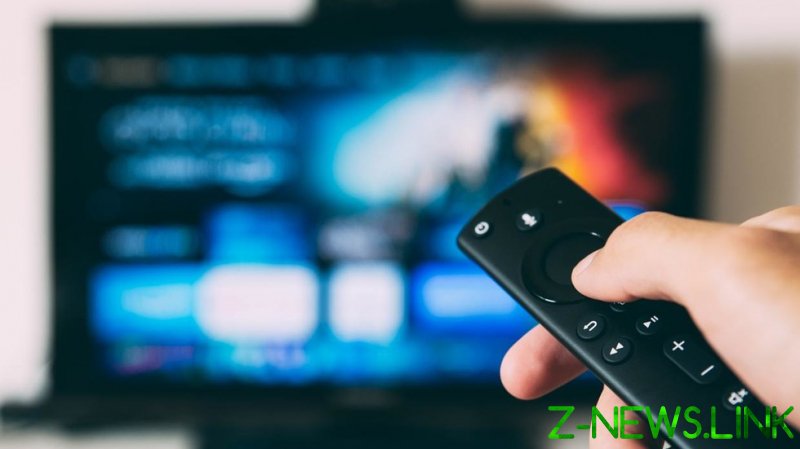 Is TV too woke? As someone who works with a lot of producers, writers, and directors who all privately tell me that if their TV project isn’t woke in conception and rigidly diverse in execution, then it won’t ever move forward, the answer is eye-rollingly obvious.

Unsurprisingly, the epidemic of wokeness is just as virulent across the pond in the UK TV world as it is in Hollywood and New York. Proof of this was evident at the Edinburgh TV Festival panel discussion of TV professionals unironically titled ‘Diversity of Thought: Is TV Too Woke?’

At the discussion, Ash Atalla, the producer of ‘The Office’ and ‘The IT Crowd’, admitted, “I’m in a lot of meetings now where people tell me, ‘This will never get on because it’s not woke enough.’”

The reality is that any sentient being with eyes to see, ears to hear, and a brain to think can tell you that TV is so awash in wokeness as to be hysterical.

Whether it be ideologically biased, identity-obsessed news coverage, or entertainment featuring the performative absurdity of a black ‘Anne Boleyn’, the obscenity of white male erasure in Marvel’s ‘What If…?’, or incessant LGBTQ cheerleading, the trend is clear: the woke revolution is most certainly being televised.

What’s interesting about TV’s woke affliction is that while it’s obvious to regular people, many industry insiders are either afraid to speak publicly about it or blind to it. A specially commissioned Ipsos Mori survey supports this notion, and shows that the TV industry in the UK is wildly out of step regarding wokeness compared to the viewing public.

The survey found that 62% of British TV viewers believe political correctness on TV has gone too far, while only 19% of TV industry professionals agreed.

It also revealed that 40% of viewers were proud of the UK, as opposed to 20% of TV professionals, and that 23% of viewers were ashamed of the British Empire, while 63% of TV insiders shared that sentiment.

Egyptian-born Atalla, who is a big proponent of diversity in TV, gave voice to the reality of the pro-diversity agenda and its effect when he told the panel, “I’m amazed how fast the white people have thought, ‘We can’t get on television’; that’s come in hard and fast in the last two years, and it’s a bewildering experience to be in those meetings after 15 years of the opposite. Now white people think there’s no place for them.”

Well, “the white people” think there’s no place for them in the culture because news channels consistently label them evil and entertainment endlessly denigrates them.

The corporate behemoths that run Hollywood have made it very clear too that white people – straight white men in particular – are not welcome in the industry.

For example, Disney and Amazon have made their worship of all things ‘diverse and inclusive’ official company doctrine, with insidiously specific identity quotas that above all target reducing straight white males from the creative and production process.

The same is true of the Academy Awards, which have made racial, ethnic, gender, and sexual orientation box-ticking, as well as straight white male exclusion, mandatory, in order to be eligible for awards contention.

The woke bias of other panelists in Edinburgh, such as Louisa Compton, head of news, current affairs and sport at Channel 4, was also exposed, as was a shocking level of contempt for the audience.

Compton first claimed that being woke is benign, as it literally means “being alert to injustice and not wanting to offend anyone, which seem like fairly important principles.”

Compton heads a news division, and the fact that her fidelity is to the subjective principles of “being alert to injustice and not wanting to offend anyone,” as opposed to searching for the objective truth, is alarming, but illuminating.

Compton did admit that wokeness can “alienate some audiences who feel that the world is moving on faster and leaving them behind,” and also claimed, “I don’t think anyone in TV would be surprised to hear that a lot of the people who work [in the industry] think differently to the audiences we’re making progress for.”

Broadcast journalist Mobeen Azhar shared a similar holier-than-thou attitude when speaking of the type of shows needed to “move forward the people who think PC’s gone mad, because it hasn’t.”

To Compton, Azhar, and their ilk, wokeness is the proper religion populated by the evolved and the pious, and they and their fellow TV professionals are working hard to make “progress for” and “move forward” those knuckle-dragging barbarians in the audience who feel left “behind.”

Wokeness is now the state religion and entertainment and news its propaganda wings, brimming with missionaries like Compton and Azhar, filled with self-righteous superiority and evangelical zeal.

To these people, TV is just an indoctrination machine used to do the public service of spreading the good news of the woke gospel to help spur evolution among the filthy, backwards proles.

So, is TV too woke? If you don’t think so, then either you don’t watch TV or you’re a self-involved, delusional TV executive suffering from a severe case of Stage 5 wokeness. Hopefully it’s the former and not the latter, as that’s the decidedly healthier and more enlightened choice.