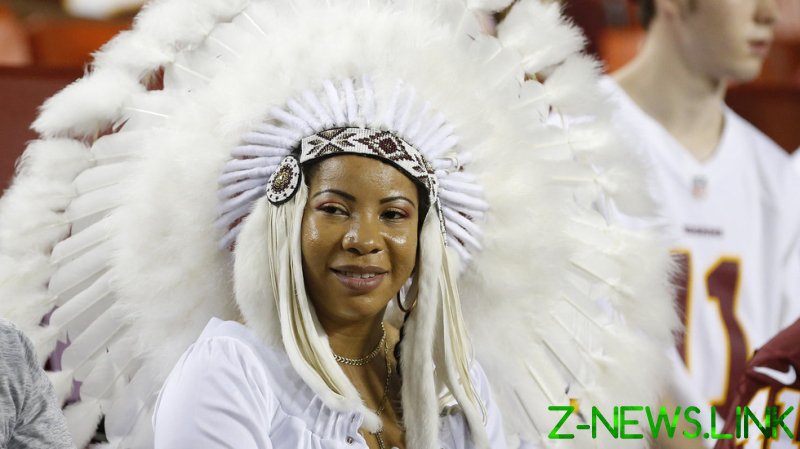 WFT made its announcement on Wednesday by sending out e-mails to fans.

“We are excited to welcome everyone back wearing their Burgundy & Gold,” its statement began.

“However, Native American inspired ceremonial headdresses or face paint may no longer be worn into the stadium.”

The move shouldn’t shock fans of the franchise, especially when considering that it announced in July it would not be choosing “Warriors” or any other new title that could be associated with imagery from Native American culture.

“We will choose an identity that unequivocally departs from any use of or approximate linkage to Native American imagery,” confirmed President Jason Wright in a statement on the matter.

“As I have said many times before, our new identity should unite us. It should bring us together the way this team comes together on the football field and the way we have seen our Fans come together and proudly support our Team and our DMV community.”

Up to now, there are have been no further suggestions on a later name change after Washington dropped the “Redskins” moniker in 2020, but one is expected ahead of their 2022 campaign if they don’t stick with the bland Washington Football Team handle permanently.

On social media, there was a heated and mixed reaction to the latest development.

“Funny how everyone is saying it’s soft when they’re just mad they can’t openly appropriate other cultures anymore,” it was claimed.

“Good. Native American culture isn’t a mascot for people to dress up as,” said somebody who supported the action.

“Will the new name be the Wokeskins?,” asked someone, else tagging president Wright in the process.