Is that you, Rodrigo? California driver caught using fake license with photo of Philippines president 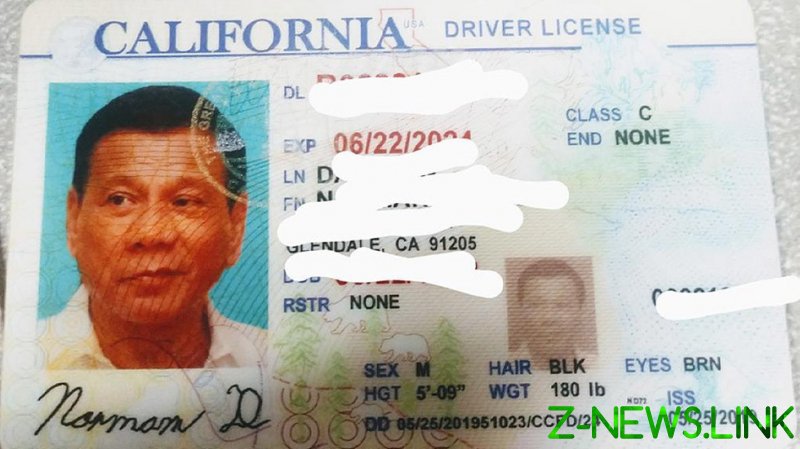 On Wednesday, the Los Angeles Police Department (LAPD) tweeted that they had confiscated a fake license featuring a photo of a smirking Duterte during a patrol of Historic Filipinotown.

Although police censored some of the information on the license, the name Norman D can be seen on the signature as well as the weight, 180lbs (82kg) – arguably more than one would expect for the 5.5ft (1.68m), 75-year-old president.

The police did not disclose whether the driver was a Filipino American or of any Filipino descent.

Many Twitter users applauded the officers for recognizing the outspoken Filipino leader, who recently made headlines for demanding Washington pay his government money for stationing US troops in the Philippines.

Filipinos are the third-largest Asian group in the US, with a population of more than four million in 2018, a figure which continues to grow year on year. There are more than 1.6 million living in California alone, and estimates suggest there are around 400,000 living in Los Angeles County.