Home / WORLD / Is an EU army really the answer to the bloc’s ‘strategic gaps’?

Is an EU army really the answer to the bloc’s ‘strategic gaps’? 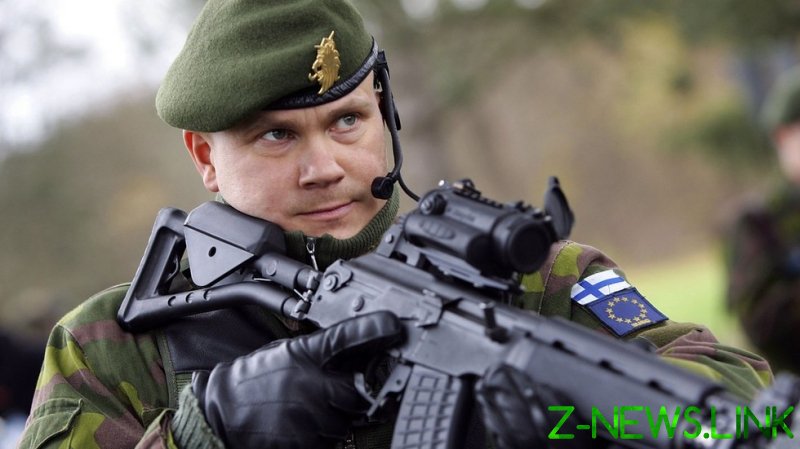 For an organisation that hijacked Beethoven’s ‘Ode to Joy’ as its supranational anthem, there seems to be a surprisingly hearty appetite for turning the European Union into something far beyond its original scope as a club for political elites and a mutually beneficial trade alliance.

And no one typifies that outlook than the EU High Representative for Foreign Affairs and Security, Josep Borrell, a 74-year-old Catalan career politician who continues to demonstrate consistent overreach with his ambition to establish a European army that can be sent into battle when and where the unelected bureaucrats of Brussels, like Borrell, decide.

In his recent strategic report for the bloc ahead of this week’s meeting of foreign ministers, he envisions a hi-tech battle-ready military force that the EU can call on should the need arise to fight any sort of war, on land, in cyberspace or, in fact, even in space itself. The question of ‘Who wants this?’ never seems to occur to Borrell.

Warming to his theme in his ‘operational guide for the European Union’s development and decision-making on security and defense’ Borrell bemoans what he terms the ‘strategic shrinkage’ of Europe.

This would seem an issue of demographics and population growth, not preparedness for war.

A common foreign affairs policy has long avoided the EU, and understandably so, because 27 nations with their own historical allegiances and differences would be impossible to convince that a single diplomatic route was the best fit for all. It will never happen.

So, for argument’s sake, say an EU army was commissioned, who would make the decision about sending its personnel into battle? Would there be a veto? Just look at the enthusiasm with which the heavily-armed Frontex (European Border and Coast Guard Agency) border force is welcomed across the EU. Its lumpen approach to dealing with migrants in the boats crossing the Mediterranean has seen subsequent offers of their services politely declined by EU member nations such as Spain earlier this year and, more recently, Poland, with a firm “Thanks, but no thanks.”

If Frontex really was the answer to Europe’s immigration issues, then why are its officers not patrolling the beaches of northern France right now?

Because no sovereign nation – and despite surrendering so many powers to Brussels, each and every one of the EU members still see themselves as such – wants outsiders meddling in their security issues, particularly when those outsiders are carrying weapons. It’s not good for the optics. Borrell can try and flog the same old idea as some sort of shiny new ‘Strategic Compass’ but no one is rushing to sign up to an EU Army GoFundMe page.

That, however, doesn’t stop Borrell from daydreaming. He’s old enough to remember the Cold War warriors that strode the globe post-1945. Khrushchev, Truman, Churchill, Brezhnev, Reagan, Tito, Kennedy, Thatcher and Castro. Names never to be forgotten thanks, in the main, for their determination not to see international differences escalate, thus avoiding an atomic apocalypse.

Sure there are still tensions, and some of those are residue from the Cold War but nothing like those years of fear when, at times, the whole world held its breath. You would think that a central figure in a political project that was born with the sole intention of maintaining peace throughout Europe would be a little more circumspect before indulging in sabre rattling.

I’m not sure it can ever be realistic to imagine, as Borrell proposes that all 27 members of the EU agree to, “boosting intelligence capacities and expanding the suite of tools for countering hybrid and cyberattacks as well as foreign disinformation and interference.”

Or that Portugal, for instance, would be happy to agree with Romania over the need and focus of financial contributions aimed at equipping a pan-European military force and what exactly that army’s capabilities and technologies might comprise.

Borrell is all about filling ‘strategic gaps’. Maybe this does need to be addressed but is Brussels really the answer? Individual nations know their own shortcomings and, more importantly, their own voters, best.

With Britain no longer around to put its foot down, the Germans have made it clear they do not want an EU army and while French president Emmanuel Macron has suggested he’s up for it, there is the suspicion that his support has more to do with his ongoing niggles with the USA. An EU army would, of course, rub up against NATO, which ties the Americans into European foreign affairs and reminds anyone who needs reminding, that aggression towards a single NATO member is the same as aggression towards all.

All this is, of course, Brussels struggling to provide an answer to Henry Kissinger’s famous puzzler, “Who do I call if I want to call Europe?” And while most realists would acknowledge, that’s a conference call with Paris and Berlin, nowhere in the world outside the office of the High Representative for Foreign Affairs and Security is that answer ‘Josep Borrell’.