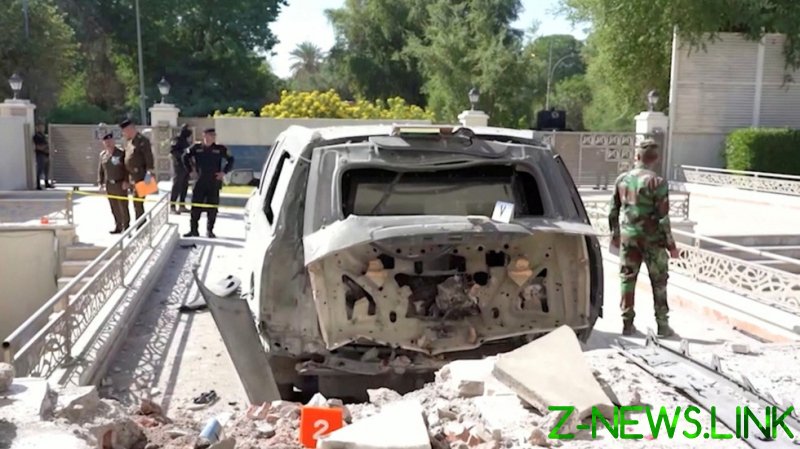 “We will pursue those who committed yesterday’s crime. We know them well and we will expose them,” al-Kadhimi said in a statement from his office on Sunday, as cited by Reuters.

The prime minister stopped short of revealing the identities of the alleged perpetrators.

Al-Kadhimi was not hurt in the incident, and he released a statement shortly afterwards, calling for “calm and restraint from everyone” for “the sake of Iraq.”

The reported attack followed Friday’s chaotic protests in Baghdad. Demonstrators protested October’s parliamentary election results, in which pro-Iranian Shia parties suffered heavy losses, and many alleged voter fraud and called for a recount. Over 100 people were injured as protesters clashed with police and attempted to storm the Green Zone. Several demonstrators were allegedly killed in the unrest. Al-Kadhimi ordered an investigation into the violence.

The US government has offered to help investigate the reported attack on the prime minister’s residence, and “strongly condemned” the “apparent act of terrorism.” Iran has claimed that “foreign think tanks” might have orchestrated the attack to destabilize the already fragile situation in the country.