Iran would ‘immediately reverse’ its nuclear program if US lifts sanctions, but Washington & allies want Tehran to make first move 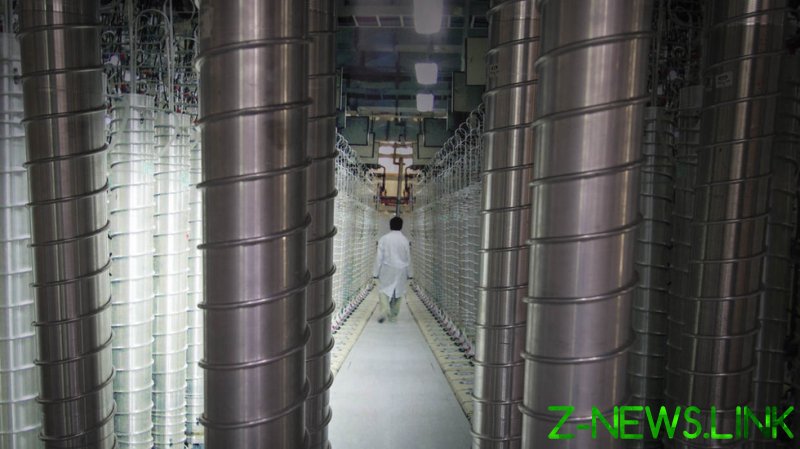 Iran’s Foreign Minister Mohammad Javad Zarif took to Twitter on Friday, urging Washington to drop all the sanctions imposed on the country under the Donald Trump administration.

While the US signaled it was ready to talk with Tehran about the landmark nuclear deal, officially known as the Joint Comprehensive Plan of Action, it is apparently not ready to do so without preconditions.

A joint communiqué by the top diplomats of the US, France, Germany and the UK, released on Thursday, called on Tehran to fully comply with the JCPOA first, and also signaled that addressing “regional security concerns” would also be needed, to re-vitalize the comatose deal.

“If Iran comes back into strict compliance with its commitments under the JCPOA, the United States will do the same and is prepared to engage in discussions with Iran toward that end,” the statement reads.

The position of the US and European signees of the deal was further articulated by the UK junior foreign minister, James Cleverly. Speaking to the BBC shortly after Zarif had made his remarks, Cleverly unequivocally stated that Iran must comply with the JCPOA.

“I don’t think that we should be sending a signal that we are going to overlook this non-compliance or just brush it under the carpet,” the official said.

The US unilaterally left the agreement in 2018, after then-President Donald Trump accused Tehran of somehow violating the “spirit” of the deal. International observers, however, have repeatedly confirmed that Iran had been in strict compliance with its obligations.

Since then, Washington re-imposed old sanctions and imposed numerous new ones, targeting Iranian entities and individuals it believed to be linked with the nuclear program. Iran, in turn, has gradually expanded its program, suspending some of its JCPOA obligations.

The latest blow to the deal was dealt earlier this week when Tehran confirmed it was set to scrap the so-called Additional Protocol, which grants the International Atomic Energy Agency powers to perform short-notice inspections at locations linked to the country’s nuclear program. If no breakthrough is reached, this transparency measure is expected to be scrapped as soon as next week.