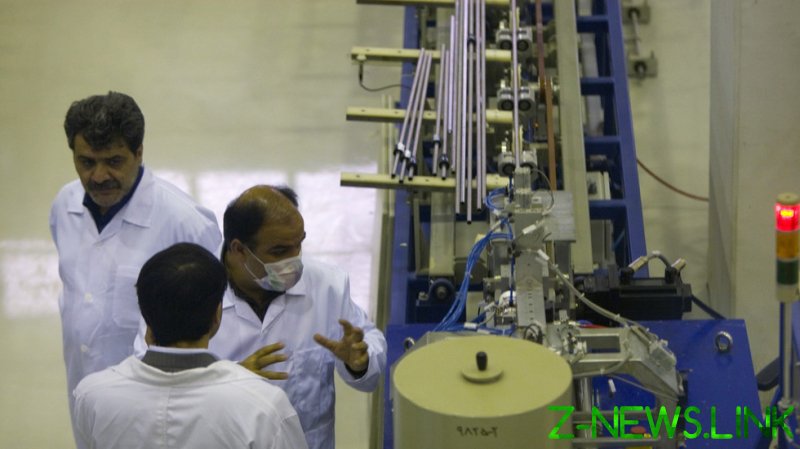 Speaking to the media, Iranian Foreign Ministry spokesperson Saeed Khatibzadeh stated that the country will proceed with planned changes on February 21 to the inspection powers the UN watchdog received under the nuclear deal.

However, Khatibzadeh was quick to state that “it does not mean ending all inspections by the UN nuclear watchdog.” The Iranian Foreign Ministry simply sees the move as a further reduction in its obligations to reflect the refusal of the other countries to respect the agreement made in 2015.

On February 21, the law will change to deny the UN nuclear watchdog the previously sweeping powers it has had to inspect sites at will, reducing their abilities to only visit locations that the Iranian government has declared as nuclear sites.

Former President Donald Trump withdrew the US from the Iran deal in 2018, claiming that the agreement failed to achieve its desired aims, while reimposing sanctions on the Middle Eastern country.

In response, Iran rolled back its nuclear commitments, no longer observing limitations on enriching uranium, the amount of stock it can hold, and the level of research and development it can conduct. At the start of 2021, the Middle Eastern country once again began enriching uranium to 20-percent purity, significantly below the 90-percent purity level that is required for it to be weapons-grade and usable in nuclear bombs. Iran has pledged to cease enriching uranium at its current level if the US rejoins the nuclear deal.

President Joe Biden has stated that he intends to rejoin the deal, although it’s not yet clear if America will seek to make any changes to the previous terms. While the Biden administration has not yet made a move to revive the deal, the president has stated that sanctions will not be lifted until Iran comes back to the negotiating table.

Iran has rejected the Biden administration’s proposed timeline, calling on America to make the first move, remove sanctions, and return to the original deal before the Middle Eastern nation will return to its nuclear commitments.