Home / WORLD / Iran slams Trump’s ‘reckless’ accusations it fired rockets at US Embassy in Iraq, comparing him to Bush but ‘far worse’

Iran slams Trump’s ‘reckless’ accusations it fired rockets at US Embassy in Iraq, comparing him to Bush but ‘far worse’ 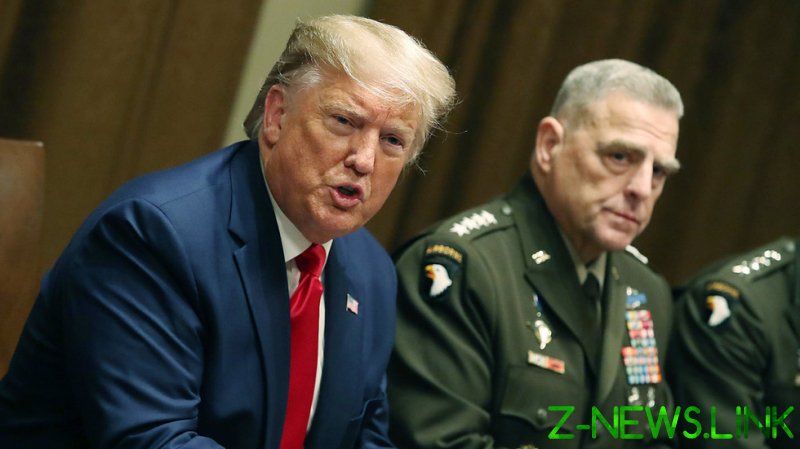 On Wednesday President Trump accused Iran of the strikes in the Iraqi capital’s fortified ‘Green Zone’, tweeting a picture of three rockets he said had failed to launch, while claiming to have intelligence about further attacks on Americans in the country.

The next day, Iranian Foreign Minister Javad Zarif hit out at the president’s use of a “worthless photo to recklessly accuse Iran,” while saying Trump is “far worse” than President George W. Bush, who instigated the 2003 Iraq War with the then-UK Prime Minister Tony Blair.

“Last time, the US ruined our region over weapons of mass destruction fabrications,” he said, adding that Trump would “bear full responsibility for any adventurism” before he leaves office on January 20 to be replaced by Joe Biden.

Tensions between Iran and the US have ramped up under the Trump administration, which launched a “maximum pressure” campaign on the Middle Eastern nation, hitting it with sanctions for its alleged financing of terrorism – an accusation consistently denied by Tehran.

Sunday’s attack on the US Embassy in Baghdad was the latest major flashpoint between the two countries, with reports of an Iraqi citizen killed.

An Iranian Foreign Ministry spokesperson denied it was behind the attack, while Trump said: “If one American is killed, I will hold Iran responsible.”