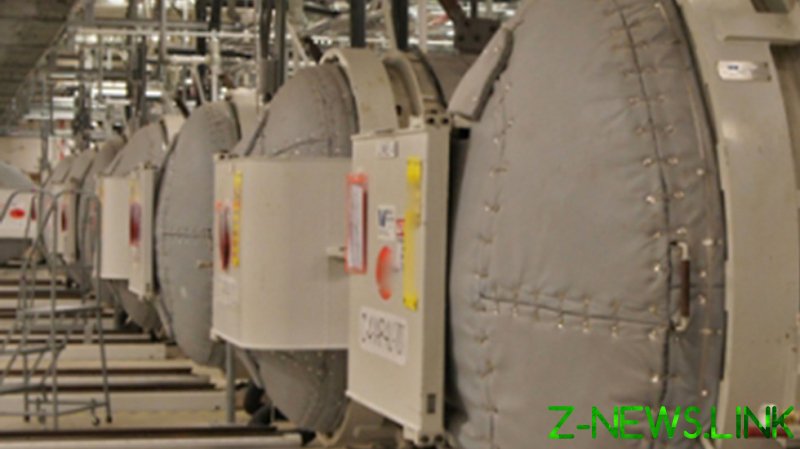 The enrichment process began “hours ago,” government spokesman Ali Rabiei told the Mehr news agency on Monday, adding that the first portion of higher purity uranium hexafluoride will be coming from the centrifuges later in the day. The chemical is used in its gaseous forms to separate different isotopes of the metal before the fissile uranium-235 can be reprocessed into nuclear fuel.

The decision to ratchet up uranium enrichment was approved by the Iranian parliament in December in an apparent response to the assassination of nuclear scientist Mohsen Fakhrizadeh. Tehran accused Israel and the US of masterminding the elaborate ambush that ended the man’s life. Iran stopped short of immediately banning international inspectors from visiting its nuclear facilities, which some MPs called for.

The plan to boost uranium enrichment “as soon as possible” was confirmed by Iran last week. The International Atomic Energy Agency (IAEA) acknowledged that Tehran had informed it about the looming step without providing a deadline. The UN watchdog said it “has inspectors present in Iran on a 24/7 basis and they have regular access to Fordo,” Iran’s underground uranium enrichment site.

Iran intends to produce 120 kg of uranium enriched to 20 percent each year and store it domestically. Under the law, it may curtail international inspections in two months, further increasing pressure on European signatories of the 2015 nuclear deal. Washington claims the move brings Tehran closer to producing a nuclear weapon, an ambition that the Iranian government denies ever having.

The new level of enrichment is well below the weapons-grade of 90 percent. Iran previously enriched uranium over the 3.67 percent threshold set in the nuclear agreement, but has only gone up to 4.5 percent before.

The agreement, known as the Joint Comprehensive Plan of Action (JCPOA), imposed restrictions on the Iranian nuclear program in exchange for the lifting of sanctions and business opportunities. The Donald Trump administration, which came to power in 2017, broke its obligations under the deal, launching a so-called “maximum pressure” campaign against Iran. Washington’s threat of secondary sanctions scared off European companies which had previously intended to do business in Iran.

Tehran holds the European signatories accountable, saying they have failed to stand up to Washington and shield Iran from American sanctions. It has been gradually drifting further from the terms of the JCPOA since May 2019, a year after the US withdrew from the deal.

The incoming Joe Biden administration indicated that it had no intention to simply go back to a situation before Trump’s torpedoing of the JCPOA. Iran said it will not renegotiate the terms, which it had accepted when Barack Obama was the US president.