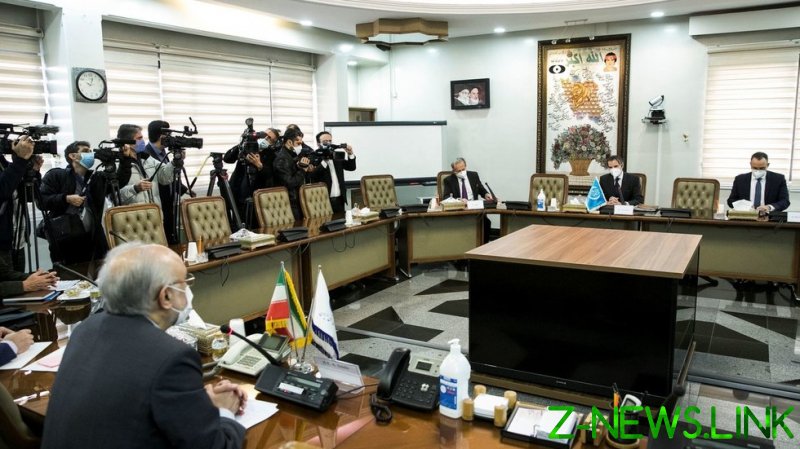 Iran announced last week that as of Tuesday it would forbid the International Atomic Energy Agency (IAEA) from performing short-notice inspections at locations linked to its nuclear program. After a speedy round of negotiations, the agency announced on Sunday that it had reached an agreement with Iran whereby “necessary verification and monitoring” will continue for another three months.

“What we agreed is something that is viable, it’s useful to bridge this gap that we are having, salvages the situation now,” IAEA chief Rafael Grossi told reporters on Sunday.

Under the 2015 Joint Comprehensive Plan of Action (JCPOA), Iran agreed to curb its nuclear program in exchange for the lifting of some economic sanctions imposed by the US and its western allies. However, then-US President Donald Trump pulled out of the agreement in 2018, and with the US’ allies unwilling to risk sanctions by doing business with Tehran, the Iranian government has been walking back its commitments to the JCPOA ever since.

Under newly-inaugurated President Joe Biden, the US State Department has said it would be willing to discuss re-entering the JCPOA, but on the condition that other “regional issues” be rolled into any talks. Iran’s Foreign Minister Mohammad Javad Zarif said on Friday that his country would negotiate with Washington, should the US “unconditionally and effectively” lift all sanctions first.

Neither side has moved since to break the impasse.