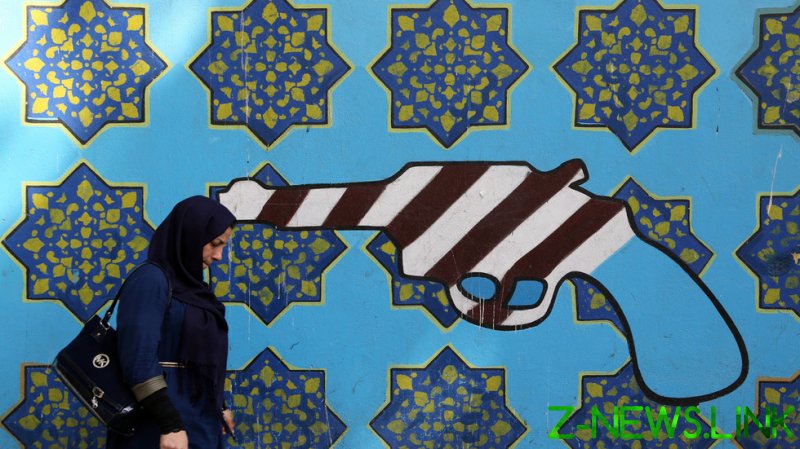 Iran summoned the Swiss ambassador in Tehran, who serves as a diplomatic go-between for the two rivals, to file a formal complaint against Washington’s “baseless” claim that the Islamic Republic has been meddling in the upcoming election.

Director of National Intelligence John Ratcliffe announced on Wednesday that Iran and Russia have allegedly obtained US voter data as part of a purported plot to “communicate false information to registered voters” in hopes of “causing confusion” ahead of the American electoral contest. He went on to claim that Iran was behind a series of threatening emails that were sent to Democratic voters, apparently in an attempt to “intimidate voters, incite social unrest and damage President Trump.”

A spokesman for Iran’s mission to the United Nations dismissed the allegations as completely unfounded and quipped that Tehran would never mirror Washington’s own tactics.

“Unlike the US, Iran does not interfere in other country’s elections. The world has been witnessing US’ own desperate public attempts to question the outcome of its own elections at the highest level,” Alireza Miryousefi said. He described the claims as “absurd” and said Tehran has no interest in trying to influence the outcome of the contest between President Donald Trump and Democratic nominee Joe Biden. “The US must end its malign and dangerous accusations against Iran,” the spokesman added.

The 2020 election has been fraught with allegations of foreign meddling, following debunked claims of Russian “collusion” with the Trump campaign in 2016. US intelligence agencies have accused Tehran, Moscow and Beijing of trying to tip the scales for their purportedly preferred candidates. Ratcliffe said on Wednesday that Russia has not taken any concrete actions to interfere in the election, but instead has only secured access to some voter information “just as they had in 2016.”

Washington has been slow to produce concrete evidence of such meddling claims, however, and has struggled to keep its story straight. For example, while Ratcliffe claims that Tehran was trying to damage Trump’s chances in November, the Democrat-controlled House Homeland Security Committee tweeted that the Islamic Republic was interfering in the election in an attempt to “help” the Republican president – a bold allegation considering the open hostility between Trump and Iran.

The alleged fake email campaign is not the first time US intelligence has asserted Iranian ‘election meddling’ efforts. In August, National Counterintelligence and Security Center head William Eviana warned that Tehran “seeks to undermine US democratic institutions” using “online influence” and “disinformation on social media.” He did not support the incendiary accusations with evidence.

Eviana also rehashed unsubstantiated claims of Russian meddling, accusing the Kremlin of working to “denigrate former vice president Biden” ahead of the November election. After a two-year probe, Special Counsel Robert Mueller failed to uncover “collusion” between Moscow and the Trump campaign during the 2016 race.