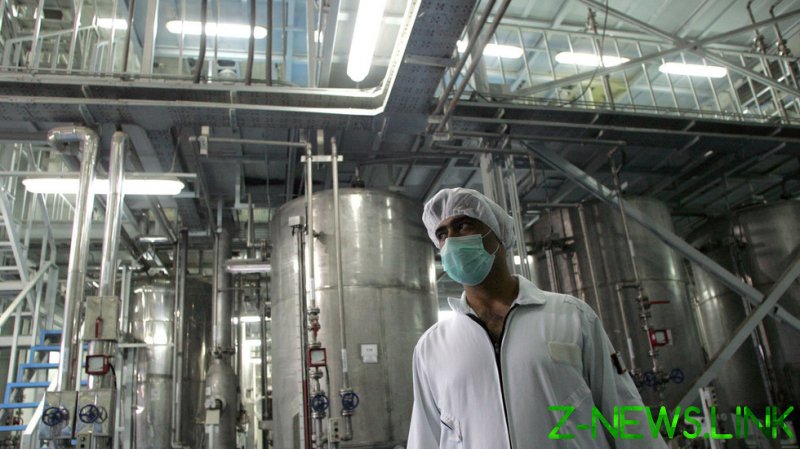 Speaking on the sidelines of a meeting on national security on Tuesday, the head of the Atomic Energy Organization of Iran (AEOI) Ali Akbar Salehi said construction work is already underway.

“It was decided to establish a more modern, wider and more comprehensive hall in all dimensions in the heart of the mountains near Natanz. Of course, the work has begun,” the official said.

The facility will produce “advanced centrifuges” meant for uranium enrichment and is expected to be highly-secure. The AEOI took into account “the vicious and subversive action” it faced, Salehi noted, referring to an incident at the Natanz site early in July.

Back then, the facility suffered a blast and subsequent fire that badly damaged its central centrifuge assembly workshop. In late August, the AEOI said it established the incident was the result of sabotage, yet did not name those behind it.

Iranian energy, nuclear and other strategically important sites, have been plagued by a string of mysterious incidents this summer, including explosions and fires, triggering allegations that the mishaps might have been the result of sabotage or cyber attacks from abroad, yet no evidence to back up this theory has emerged yet.

Iran’s arch enemy, Israel, which Tehran usually points the finger at over such incidents, has released carefully worded statements on the matter. “Not every incident that happens in Iran necessarily has something to do with us,” Israeli Defense Minister Benny Gantz said after the Natanz fire.