‘Insulting’ Prophet Mohammed cartoons should be a crime in France like ‘doubting Holocaust,’ says Iran’s Khamenei 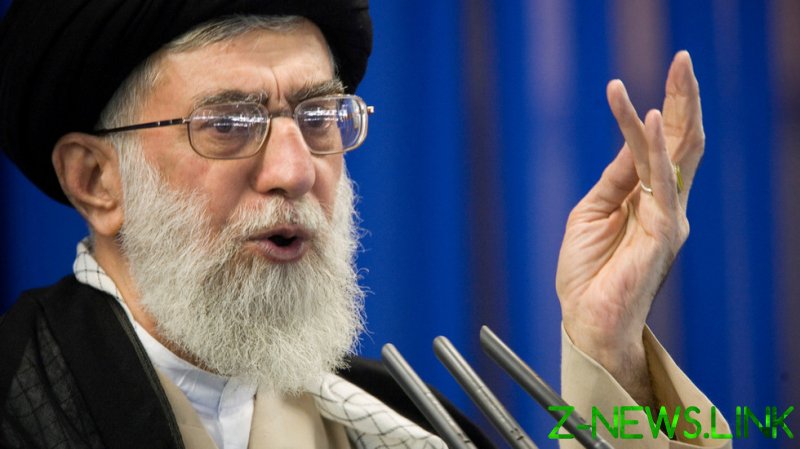 Khamenei became the latest Muslim leader to express his outrage at Western perceptions of Islam in a war of words that erupted in the wake of the killing of French teacher Samuel Paty in Paris on October 16.

The Iranian leader’s attack on Macron came amid renewed tension between France and other Arab nations, with satirical French magazine Charlie Hebdo mocking Turkish President Recep Tayyip Erdogan in a cartoon on the front page of its Wednesday edition. Erdogan had lambasted the outlet for its republication of cartoons of the Prophet Mohammed.

Depictions of the prophet are considered blasphemous by devout Muslims. Macron has defended the publication of the Prophet Mohammed cartoons as freedom of speech.

In a statement addressed to “young French people” on Wednesday, Khamenei said: “Ask your President why he supports insulting God’s Messenger in the name of freedom of expression.”

He also posed a question about an apparent double-standard in France towards different religions, asking: “Why is it a crime to raise doubts about the Holocaust?” when it is not illegal to insult the Prophet Mohammed.

Tensions have ramped up between France and the Muslim world since 47-year-old French history teacher Samuel Paty was beheaded on the outskirts of Paris on October 16 in an Islamist terror attack.

Paty had shown the Charlie Hebdo cartoons of the Prophet Mohammed to students during a class about freedom of speech.

Paying tribute to the teacher after his brutal murder, Macron said he “was killed because Islamists want our future,” adding that France will “not give up our cartoons.”

On Wednesday, Malaysia became the latest in a string of Muslim nations to condemn attempts to “defame the religion of Islam.” Leaders in Turkey, Pakistan, Morocco, Iran, Egypt, Kuwait, Jordan and Qatar are among those to have criticized Macron and taken action, including boycotts against French goods.