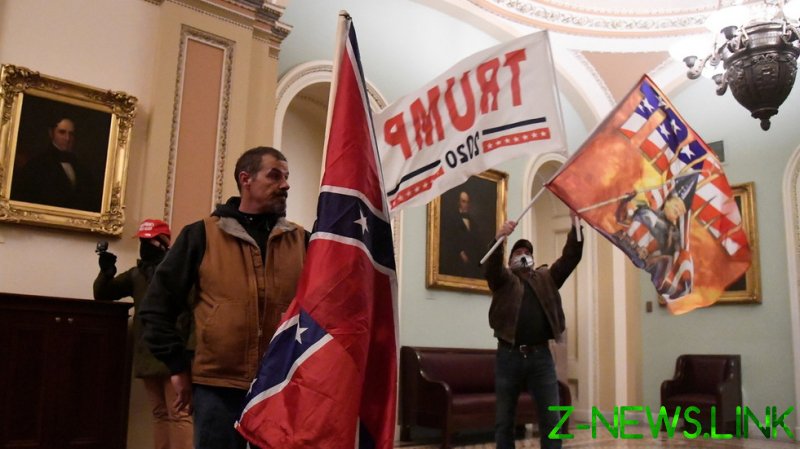 During a Lincoln Project virtual town hall on Wednesday, Schmidt claimed that the storming of the Capitol by Trump supporters angry at President Joe Biden’s election victory “was a profoundly more dangerous event” for the “future of the country” than “the 9/11 attacks” which killed nearly 3,000 people, injured thousands more – and triggered the US invasion of Afghanistan.

“How do you compare radical Islam engaged in the most substantial terror attack in world history killing 3000 people – to several hundred Americans trespassing into a government building,” reacted former New York City Police Commissioner Bernard Kerik, who served as commissioner during the 9/11 attacks.

Robert J. O’Neill, the former US Navy SEAL who killed Osama Bin Laden during the 2011 raid, called on Schmidt to “sit down and watch videos of the people who jumped out of the towers” on September 11, 2001.

Conservative commentator Meghan McCain – the daughter of late Republican senator and presidential candidate John McCain – called Schmidt’s comments “disgusting” and “insanely disrespectful to all of the veterans who have lost their lives/limbs/sanity as a result of 9/11 & the subsequent wars in Iraq and Afghanistan.”

Schmidt was also condemned by former New Jersey Governor Chris Christie, who called the comments “profoundly insulting to all those who experienced 9/11 and it’s (sic) aftermath.” Schmidt “owes all those folks an apology for this asinine comparison,“ Christie said.

Some agreed, however, with the idea that the riot was more dangerous than the 9/11 attacks because it was “an attack from the inside” by Americans themselves.

The events of January 6 have been yet another source of political division in the US, with Democrats and left-leaning media insisting it amounted to an armed “insurrection,” while conservatives have countered that only one person was actually killed directly as a result of the riot.