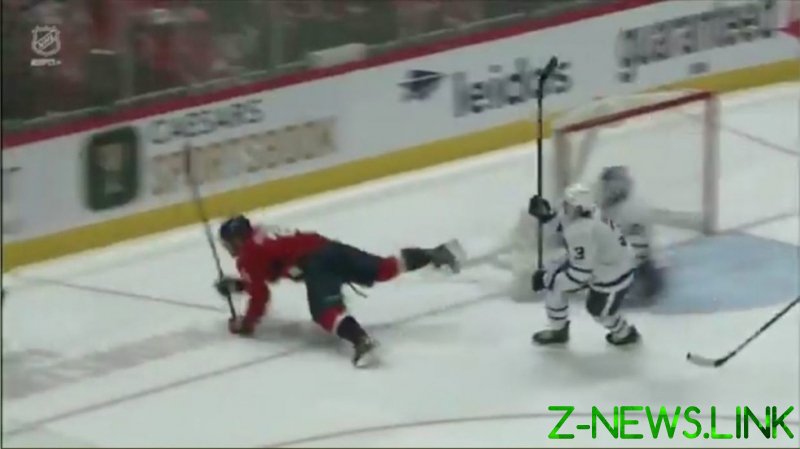 Alexander Ovechkin was forced off with a rare injury as the Russian collided heavily with the boards during the third period of the Washington Capitals’ shootout defeat to the Toronto Maples Leafs on Sunday night.

Ovechkin tripped over Toronto goaltender Erik Kallgren’s stick after racing forward on a breakaway play. The Russian slammed violently into the boards, with his left shoulder appearing to bear the brunt of the impact.

The 36-year-old remained on the ice at the Capital One Arena, wincing in pain before getting to his feet and skating off without his stick, remonstrating with officials about no penalty being called.

Ovechkin headed straight to the locker room before the Capitals announced he would not be returning for the remainder of the third period.

In his absence the Capitals built up a two-goal lead only to squander their advantage and lose the shootout.

Most of the post-game concerns surrounded Ovechkin, who has enjoyed another 50-goal season and is usually famously durable when it comes to shrugging off injury.

“I’ve never met anyone tougher than that guy,” said Washington winger T.J. Oshie. “We all hope he’s fine. I just talked to him and I think he’ll be all right.

“It’s always scary seeing Big 8 go down and lay on the ice. He’s a tough guy. But if there was anyone I would imagine wouldn’t miss any more time than he needs to, it’d be 8.”

Capitals coach Peter Laviolette did not reveal much about the potential extent of Ovechkin’s injury, telling reporter: “We’ll get an evaluation and see where he’s at.”

Rookie Toronto goaltender Kallgren expressed his hopes for a quick recovery for the Russian.

“I think he skated into my stick and tripped on it. So, it was not my intention to trip him, and I hope he’s well,” explained the Swede.

“Obviously he was frustrated, but I didn’t I mean to trip him. I didn’t mean cause an injury, so I hope he’s fine.” 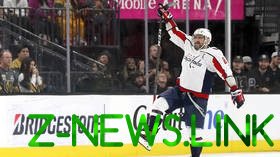 Ovechkin has continued to defy his advancing years in another standout campaign for the Capitals.

His 50-goal return is the fourth highest in the NHL this season, while the Russian is the oldest player ever to hit a half-century in a single campaign.

The Russian, who led the Capitals to the Stanley Cup in 2018, has moved into third in the all-time NHL scoring stakes with 780 goals, behind only Wayne Gretzky and Gordie Howe.

The Capitals have already secured a 2022 Stanley Cup playoffs spot, and have two regular season games remaining against the New York Islanders as well as one against the Rangers.

They will be hoping to have their Russian captain back in the ranks at the very least before the playoffs begin on May 2.