Iniesta signed with Barcelona contract until the end of his career 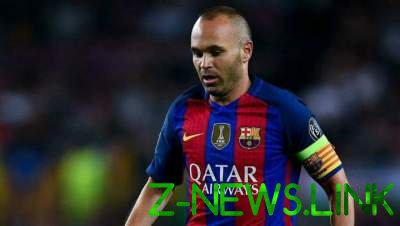 The legendary Spanish midfielder Andres Iniesta will finish his career in his native Barcelona.

Barcelona officially confirmed the signing Iniesta nonstandard agreement. The contract of Spanish midfielder with “Blaugranas” will be valid until the end of his career.

The official ceremony of renewal of the agreement will be held today, 6 October. Financial terms of the deal were not disclosed.

Iniesta signed in Barcelona at the age of 12 in 1996, and six years later made his debut in the first team. Since then, Iniesta has played 639 games – this indicator midfielder in the history of “Barcelona” is second only to Xavi, whose 767 matches.

T-shirt “Barcelona” Iniesta for 15 years, he scored 54 goals and gave 136 assists. With the club the midfielder has won 30 trophies, including four wins in the Champions League.

Andres Iniesta is an iconic figure in the history of Spanish football. It is the Catalan scored the winning goal against Netherlands in the final of the 2010 world Cup in South Africa.