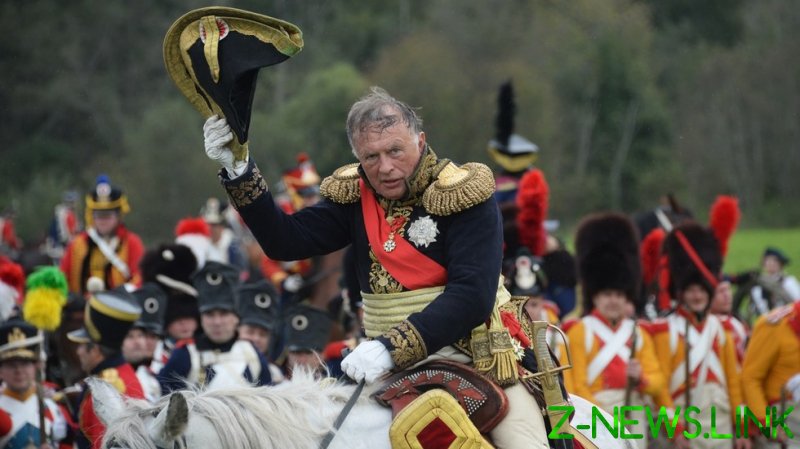 The chilling murder story, which made headlines in Russia last November, began with rescuers getting a call about an elderly man falling into the Moyka River in the historic center of St Petersburg.

The person was retrieved from the freezing waters and rushed to hospital suffering from shock and hypothermia. But the emergency workers were then stunned to discover two severed female arms and a non-lethal gun in a backpack that the rescued man had on him.

The owner of the backpack was swiftly identified as Oleg Sokolov, a famous Napoleonic-era scholar from St Petersburg’s most prestigious university, who has been awarded the Legion of Honor, the highest national order of merit in France, for his studies.

During a search of the 63-year-old’s antiquities-filled apartment, not far from the river, a bag with a human head, an unregistered sawn-off gun with bullets, as well as a bloodied hacksaw, an axe and several knives, were found.

The victim turned out to be 24-year-old postgraduate student Anastasia Yeshchenko, who used to be Sokolov’s lover and protégé. The duo lived together and often appeared at costumed re-enactments of events from the Napoleonic Wars, in which Sokolov usually posed as French Emperor Napoleon himself. 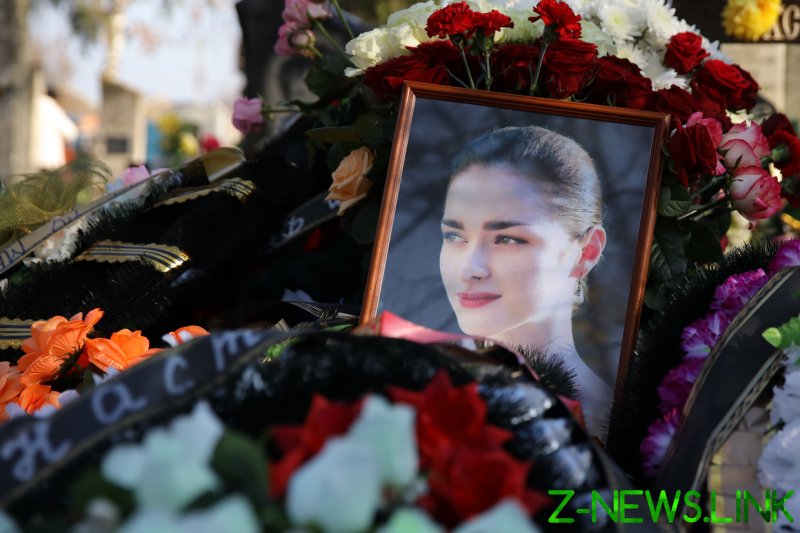 The funeral of Anastasiya Yeshchenko in the village of Starovelichkovskaya in Russia’s Krasnodar region. © Sputnik / Vitaly Timkiv

The subsequent investigation established that the historian had shot the woman in the head with a sawn-off gun and then suffocated her during a jealousy-induced quarrel at his apartment. Several days later, he decided to dispose of the body and dismembered it. But when Sokolov was trying to drown the backpack with the remains in the Moyka River, he slipped and fell into the water.

On Friday, a line was finally drawn in this bizarre case as a St Petersburg court found Sokolov guilty of murder and illegal possession of arms. He was sentenced to twelve and a half years in a maximum-security prison.

The judge pointed out that there were no grounds to believe the scholar’s claims that he only wanted to fire a warning shot to calm the woman down, but hit her in the head accidentally or that he couldn’t remember most of the events that occurred after he used the gun.

Sokolov’s actions during the quarrel that culminated in murder were spontaneous, but he had full understanding of what he was doing, she pointed out. According to the results of the psychiatric examination, the historian didn’t suffer from any metal disorders. However, he was described as a demonstrative, attention-seeking person, disposed to taking unnecessary risks.

The scholar acknowledged his guilt in court. “I not only believe that I must be punished and that I deserve a punishment, but I want to be punished to atone for the crime that I’ve committed,” he said in his concluding address.

He has insisted, though, that he should only be held accountable for his actual wrongdoings, but not for the crime that was “invented by sensation-seeking journalists.” The man also blamed Yeshchenko of delivering him “monstrous, terrible offences” during their conflict. The woman stopped loving him long before and only used him for career progression, he claimed.

While delivering the sentence, the court took into account the fact that Sokolov had small children, as well as his advanced age, his contribution to historical science and to the reenactment movement – all that plus the psychologically traumatic state he supposedly had been in for a long time.

The lawyers of the victim’s family said they won’t appeal against the ruling. The prosecution, which initially sought 15 years for Sokolov, also expressed satisfaction with the sentence, saying that it was in line with “general legal practice” in Russia regarding such articles of the criminal code.