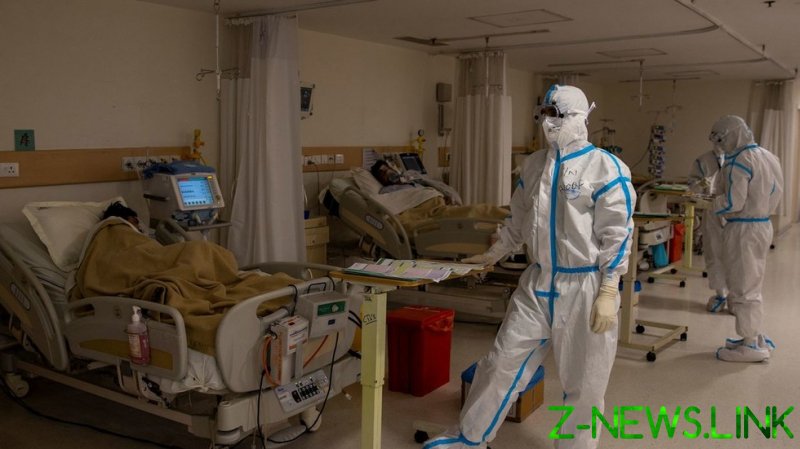 The country’s total death toll sat at 100,842 on Saturday morning, on top of nearly 6.5 million infections, according to the Indian Health Ministry.

Passing the 100,000-mark seven months to the day after India reported its first batch of cases, the country now has the highest rate of daily new infections in the world, most recently reporting 79,476 cases in the space of a single day.

After imposing a sweeping nationwide lockdown across India’s 36 states and territories in March, Prime Minister Narendra Modi has moved to lift the restrictions, which inflicted economic devastation on India’s vast population of 1.3 billion. The government began scaling back the containment measures in May, and just this week cinemas have been allowed to reopen at 50 percent capacity.

As the country eases into reopening, however, fatalities from the virus are seeing a spike. Since the beginning of September, daily deaths have quickly outpaced the rest of the world, with an average of 1,065 people succumbing to the illness each day, according to local media, compared to averages of 755 deaths in the US and 713 in Brazil. The three countries account for nearly half of the global Covid-19 death toll.

A recent study on the virus’ transmission patterns that looked at more than 500,000 contacts of 85,000 cases – the largest conducted by Indian researchers to date – found that the illness is being spread by a relatively small number of people. Some 71 percent of those who contracted the virus appear to have never passed it on to anyone else, the research showed, suggesting a core group of ‘superspreaders’ are largely driving the outbreak.

“We’ve never had a good handle on [superspreaders], and certainly no large-scale study,” said Ramanan Laxminarayan, director of the Center for Disease Dynamics, Economics and Policy in New Delhi and a lead author of the study.

Here in this study, we found that 8% of the people who were infected were responsible for 60% of the infections that grew out of these primary cases.