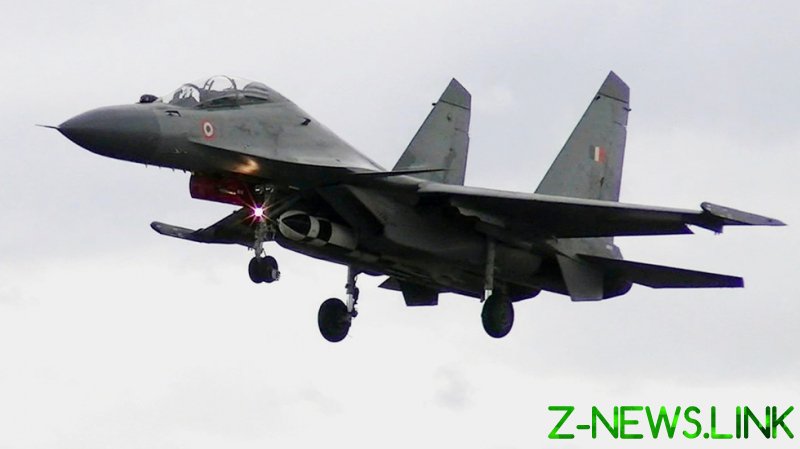 The Indian Air Force successfully conducted a missile test on Thursday, when one of its Russian-made Sukhoi fighter jets, from the Tiger Sharks squadron, took off from the Thanjavur airbase in Tamil Nadu, underwent mid-air refueling and then fired an air-to-ground extended-range BrahMos missile, hitting a designated target in the Bay of Bengal, military reported.

“It was the first launch of the Extended Range version of BrahMos missile from Su-30MKI aircraft. With this, the IAF has achieved the capability to carry out precision strikes from Su-30MKI aircraft against a land/sea target over very long ranges,” said the official statement by India’s Ministry of Defence. “The extended range capability of the missile coupled with the high performance of the Su-30MKI aircraft gives the IAF a strategic reach and allows it to dominate the future battlefields.”

An Indo-Russian joint venture, the missile is produced by BrahMos Aerospace, a multinational defense corporation run by New Delhi and Moscow. The BrahMos missile was first tested in 2001. Today it is widely deployed by India’s Air Force, Navy, and Army.