India needs a new playbook on China. Here’s why 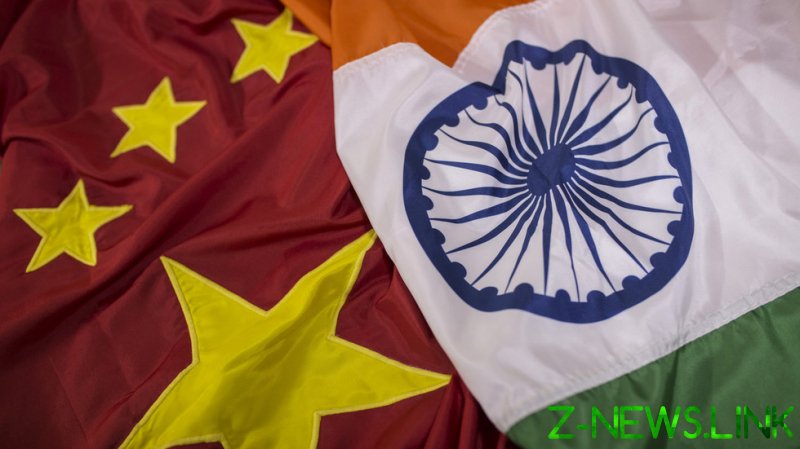 In recent months, American policymakers have used the phrase “responsible competition” to describe the evolving US policy towards China. During their virtual summit on November 16, US President Biden and Chinese President Xi Jinping underscored “the importance of managing competition responsibly.” Biden stressed “the importance of managing strategic risks” and “the need for common-sense guardrails to ensure that competition does not veer into conflict and to keep lines of communication open.”

India needs a new playbook on handling China’s rise too. For the past decade, it has been popular to argue that India should shed its inhibitions and actively participate in an allied security framework built on a common ‘China threat’. But it has not worked, and will not work, for two reasons. First, the range of challenges China poses and is likely to present to its various neighbours and the major powers like the US are all vastly different and occur in distinct geographies and geostrategic settings. Coordinating a NATO-style strategy is simply impossible, because there will always be disagreements on the security priorities among the group, and even less cohesion in the event of an international crisis.

Further, any allied or semi-allied framework means India giving up on its independent geopolitical identity and pretensions of being a great power in the future. Although we keep hearing that India has changed, it is not clear how easy or beneficial it would be for India to simply abandon its basic identity, which is inevitable if India cedes authority to a US-led alliance structure. Neither is it apparent why India cannot intelligently navigate the multipolar world that is coming into being to advance its interests – in a stable and prosperous region, a reformed world order with a globalization that works for many and not just the few, in advancing inclusive security ideas, as opposed to bloc-based systems that have proven to cause more conflict than stability, as attested by the past 100 years of experience.

During the height of the Cold War it was famously said, “If there is to be coexistence there must be a balance of power.” This axiom still holds true. But what we must also ask is, should the balance of power be tempered by a parallel concept that also values the balance of interests between the major powers? This is as relevant today as it was during, say, the Cuban missile crisis in 1962, when the superpowers found a mutual interest in safeguarding global stability and pulling back from the brink.

Today, strategic stability is not the only mutual interest between rival powers. Reconceiving a sustainable globalized economy, promoting human development and human security, managing climate change and ecological security, and combating transnational issues like deadly pandemics require widening the very definition of security and order. All these issues have been at the forefront of global challenges in recent years, and great power competition has often become a parochial distraction to the deeper issues afflicting the world. Undoubtedly, all these issues require a concert of powers to limit their rivalries and open room for cooperation on world order.

The first Cold War showed how, in the pursuit of competition, democracies can whip themselves up into a frenzy, engage in illiberal policies, militarize security establishments beyond any reasonable requirement for defense, lose sight of balanced economic development, and propagate exclusive world order visions. India must not let history repeat itself, particularly as it still has a long way to go to rejuvenate its civilization, economy, and society.

Some degree of geopolitical competition between major powers is inevitable, and more so when they are neighbours. But the scale it assumes and the intensity it acquires is almost always a choice. Both sides have a vote. The Anglo-Russian rivalry in the 19th century, the British-Germany rivalry in the first half of the 20th century, the US-Soviet struggle, and numerous other regional contests for influence and power have witnessed diverse types of competitions. Some were intensely violent, others more complex and restrained. The India-China rivalry is in some ways built into the DNA of these powers – both are old proud civilizations, neighbours with histories of complicated geopolitics, particularly in the Himalayan borderlands. Both also have identities of being the top dog in their sub-region – another version of manifest destinies, so to speak.

All this, however, does not suggest an impending confrontation. The disputed border is, of course, an issue that needs high-level political and military attention and very careful management by both sides. The ongoing Ladakh standoff has shaken many of the assumptions both sides have relied upon to keep the peace since the 1990s. For peace and tranquillity to be restored, both sides must nurture it and each side needs to feel assured that its main security interests are not being jeopardized. We are still some time away from attaining this equilibrium.

Indian policymakers should also remember that China’s main adversary and front would always be on its eastern maritime frontiers. Despite all its domestic problems, the US is a force to reckon with, and it has over the past century acquired a Pacific identity and deep security commitments towards China’s eastern neighbours. The US-China relationship will be complex, and India needs to find a way to navigate and perhaps even benefit from the turbulence that Asia is likely to witness, particularly on the other side of the Indo-Pacific.

Some in the West would like to use India to confront China, even as they wish to reserve the choice to pursue a more nuanced China policy full of contradictions for themselves. India’s policymakers must never allow guns to be fired off Delhi’s shoulder. The core responsibility of managing China’s rise rests with the US. India’s geopolitical priorities are in comparison more limited pertaining to border security, the subcontinent, and shaping the post-Western multipolar world order.

That being said, India also needs to appreciate that US-China strategic competition can unfold in numerous ways, and not all of these futures preclude a level of US-China engagement, cooperation, and even tacit geopolitical bargains across different issues and regions. Indeed, US-China relations might not go the way of major power competition as we have come to visualize or remember it either from the first Cold War or the 19th century and early 20th century-style violent clashes of European nationalisms.

Furthermore, decades of interdependence cannot be wished away. Corporate America and its representatives in Congress do not wish to rip apart the $700 billion trading relationship with China (it has grown at a rate of 33 percent this year!) or the international value-chains that underpin all this commerce anytime soon.

The central theme in my recent book ‘Powershift: India-China Relations in a Multipolar World’ is that managing competition and realpolitik engagement is the most realistic and sensible option for India. So, compete with China, but do so intelligently – this means choosing which issues to compete over, being economically cost-prudent, and at the same time also receptive to areas where some sort of stability and cooperation can be gradually established. The economy could be one, provided India formulates an industrial and development blueprint for its own rejuvenation and interdependence with the rest of the world.

The 2020s is a decade where India needs to renew itself and catch up, not only with China but other smaller developing economies and regions that have managed to provide quality governance and socio-economic stability. A recipe for geopolitical competition that does not account for domestic priorities and world order issues like a stable financial system, the ecological balance, fair international trade, or regulated migration will be a shortsighted venture that keeps India from reaching the league of major powers.