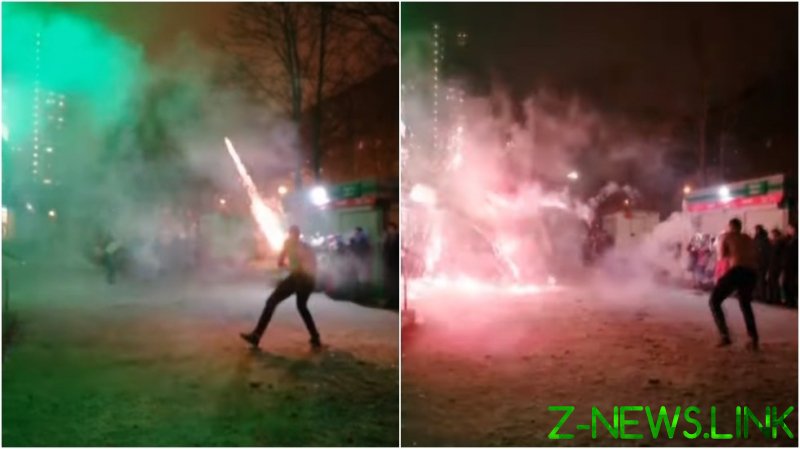 The ‘duel’ took place in the town of Balashikha in Moscow Region shortly after the clock struck midnight. The two guys apparently wanted to spice up their celebrations for the arrival of 2021, but found a rather unconventional and unsafe way to do so.

The video, obtained by RT’s Ruptly video agency, captured two topless men shooting fireworks at each other from quite a close distance, while also trying to avoid the colorful salvos.

The risky stunt, which violated all safety regulations and could well have ended with injuries or started a blaze, attracted an audience of more than a dozen people, who cheered for the participants. Fortunately, any bodily harm or property damage was avoided.

“Harry Potter vs Voldemort. Moscow Region style,” one of the online commenters said of the clip, with many liking the comparison. The only difference was that the battle occurred outside a grocery store, instead of Hogwarts. Foreign users pointed out that it was one of those typical “Only in Russia” videos.

Among the viewers of the footage were the local police. Officers were apparently quite impressed, as they said they’ve started searching for the duelists.