In Zhytomyr an excavator crushed a car, the driver miraculously survived. Photo 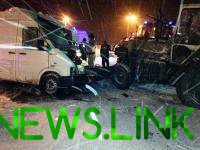 Terrible accident occurred on December 20 in one of the streets of the town of Lyubar, Zhytomyr region.

Snow-covered roads of the village cleared the excavator. The driver of the minibus Volkswagen lost control and the car skidded right under the construction machinery.

As a result dorozhno-transport incident the front of the minibus literally shattered. 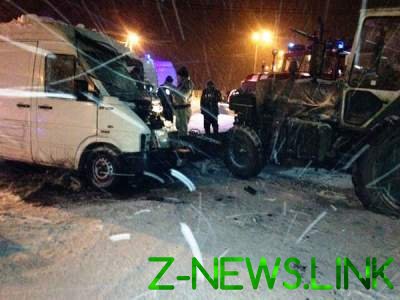 In order to rescue the driver of a foreign car, the witnesses of the incident had to call members of the emergency situations Ministry reported “facts” in the Department of civil service of emergencies in Zhytomyr region. 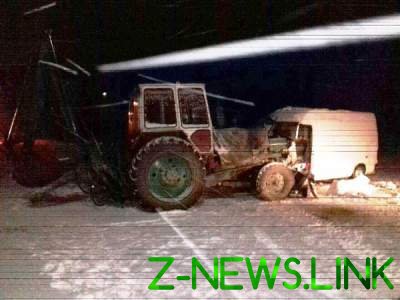 Arrived at the scene of the accident rescue workers cut the depth of cut the driver’s door and the counter, which was blocked by the legs of the victim driver. Further medical stretcher gschs fighters transported the injured to the ambulance. The man was badly injured, but his life is not in danger.