Home / business / In Ukraine, the Russians changed the rules for entry

In Ukraine, the Russians changed the rules for entry 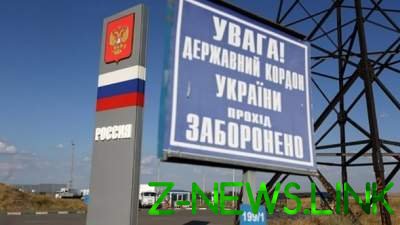 Innovations will come into force on 1 January 2018.

Russians will be able to get to Ukraine only through a fingerprint. The new rule of crossing the border will work on 1 January 2018. This was announced by the Chairman of the state border service of Ukraine Lieutenant-General Peter Cigital.

The innovation will concern all citizens of Russia, as well as residents of countries of migration risk. For the purchase of new scanners and arrangement of jobs already allocated 300 million UAH.

“Now we are considering that January 1 was introduced biometric control will be fingerprinted. We have 157 international and interstate checkpoints. And today we have allocated 300 million UAH for the purchase of scanners, construction jobs, creating a complex system,” said Peter Cigital.

Such measures are introduced because of the fact that in Ukraine there is no database that would indicate such identifying data of Russian citizens who are in the country.

“The Russians, as they have biometric passports no, we will take fingerprints and create a database. This is based on our “Garth”. This information will transfer to the various bodies – the security service, Migration service, police and others,” explained Peter Cigital.