Home / business / In Ukraine, the military will feed catalog

In Ukraine, the military will feed catalog 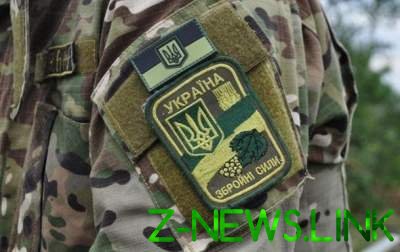 They will feed on the new system.

Military units of the airborne troops, aviation, and educational institutions of the Armed forces of Ukraine will switch to the new feed system directory.

By the end of 2017 23 military units will finally switch to the new power system catalog. This was stated at a briefing the head of Department of food supply of logistics of the Armed forces of Ukraine Nikolay Kuklyuk.

According to him, this system already feed 12 military units, in particular in the training center of Yavoriv polygon.

See also:  The Kremlin has reacted to a CNN film about Putin

“Until the end of the year another 11 military units to feed in the catalog,” said Kuklyuk.

It is noted that among these 11 units – military units of the airborne troops, aviation, and educational institutions of the Ukrainian Armed forces and hospitals. According to plan by the end of 2019 all of the Armed forces will eat in directory.

See also:  Named the most beautiful singer of Ukraine

According to Kumluca, now the directory names is 350 dishes. In particular, more than 60 salads.

Also defense Ministry spokesman noted that every head of a military unit can order food for their military based on the average of the amount of 80 hryvnia per day. Soon this power system catalog will be finished and the units that are in the area of ATO.