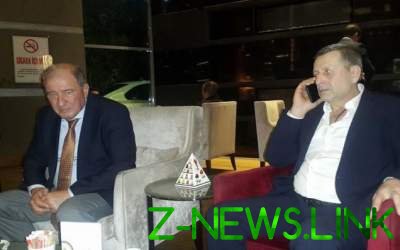 Former political prisoners of the occupation regime in the occupied Russian Federation Crimea arrived in Kiev.

Released from Russian captivity of the heads of the Mejlis Ilmi Umerov and Akhtem chigusa met anthem.

We will remind, on October 25, the Deputy Chairman of the Duma Committee on nationalities Ruslan Balbec said that the Russian President Putin pardoned convicts in the Crimea of Akhtem chigusa, and Ilmi Umerov.

On the same day they are first brought to Simferopol, then the plane carried them to Anapa, and from there to Ankara. In the negotiations for the release of Deputy Chairman of the Majlis was attended by the President of Ukraine Petro Poroshenko, the President of Turkey Recep Tayyip Erdogan and some Western leaders.