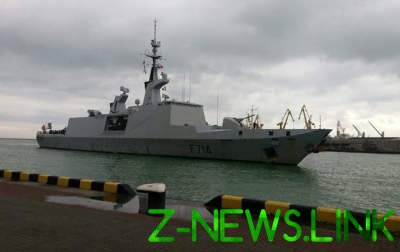 Visit of the ship will last until 3 December.

In the port of Odessa on Thursday, November 30, arrived with the frigate of naval forces of the French Republic of Garett arrived today, 30 November. This was reported by the press service of naval forces of Ukraine on the page on the social network Facebook.

The visit program includes a formal meeting of the delegation of the French ship in Command of naval forces of armed forces of Ukraine and the city Council of Odessa.

“The crew of the frigate Garett waiting for the cultural program, in particular, a sightseeing tour of the city. Visit of the ship will last until December 3”, – reported in a press-service.