Home / FUNNY NEWS / In the Netherlands, a fan stole a football boot in football

In the Netherlands, a fan stole a football boot in football 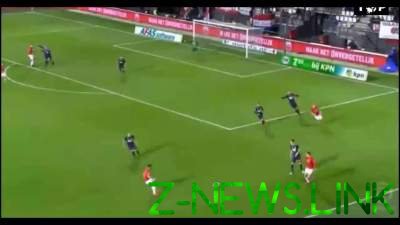 The player had to beg the return of his boot.

A very extraordinary case occurred during a football match of the 13th round of the Dutch championship between the teams of the AZ Alkmaar – Twente.

In this episode of the defender of the guests Pet Baena flew with foot boot near the front gate during connection to the attack. Behind the gates “AZ” then located the fans of the hosts, and suddenly one of them with lightning speed jumped on the field, grabbed the Shoe and ran with it back to the sector, to the great delight of the remaining fans of Alkmaar.

Been could not continue to play in one boot, so went to the podium and asked him to return the shoes. Naturally, the fans didn’t, and started mocking waves to him, while the protagonist brandished his trophy.
After that Pete whether he appealed to the referee, or the judge came to investigate, but as a result, the Shoe has came back on the field.

Been away from sin grabbed her, ran to their goal and only after that put on the leg, managing to get back in the game.