Home / business / In the Donbass injured three soldiers of the APU

In the Donbass injured three soldiers of the APU 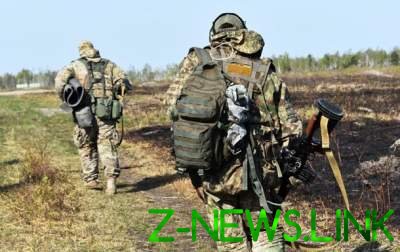 Continued fighting with only small arms.

For the past day 26, the separatists violated the cease-fire, three times used banned by the Minsk agreements, heavy weapons. Three Ukrainian military were wounded. On Wednesday, June 20, the press center of the Operation of the joint forces.

So, on Gorlovka direction, the enemy did not cease their attempts to weaken the defenses of our defenders near the settlement of artemovo.

See also:  In Russia, pupils of the cadet corps went on a hunger strike

In the direction of Donetsk, near the settlement Avdiyivka and Pisky, the enemy was provocative small arms fire.

“The situation remains tense in Mariupol direction in the areas of the settlement Starognatovka, Chermalyk and Talakivka Water. Foreign troops to adequately meet the enemy use of artillery, mortars, infantry fighting vehicles and small arms and did not allow the enemy to improve a tactical situation,” – said the press center.

See also:  "A gift to terrorists": on Donbass started in the sky a huge Ukrainian flag

According to intelligence reports, 3 separatists were injured.

“During the night the current day, June 20, the intensity of the fighting decreased. Continued fighting with only small arms. As of 7:00 a.m. no casualties,” – said in EP.