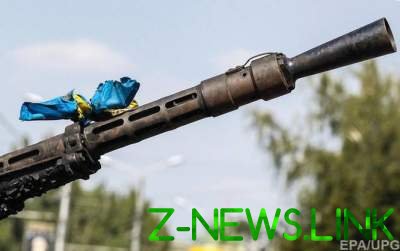 At the end of the last days the situation in the ATO area and continued to remain tense. The evening and night of the Russian occupation groupings concentrated fire of provocation, mainly in Donetsk and seaside areas.

So, after 18 hours, the militants were beaten twice from 82 mm mortars and one from anti-tank grenade launcher on the outskirts of the Water. Also under fire of mortars caliber 82 millimeter grenade launchers twice hit our positions near Talakivka.

See also:  Installed the organizers of the riots on may 9 in the river

In the direction of Donetsk the Pro-Russian mercenaries starting from 19.30 to midnight and almost rocket-propelled grenades, heavy machine guns and small arms fired at the defenders of the Town. The same gun that the invaders were beaten on the strong points of ATO forces in the area of zaytsevo and Luhansk. And the shelling of the Ukrainian fortifications near Varnetresk was one of our wounded military.

On the Lugansk direction the enemy’s provocation with the use of small arms recorded in Trehizbenki.

See also:  Near Kharkov in the fire killed two people

In just the past day illegal armed groups 15 times violated the truce. Almost every enemy shelling of the ATO forces aggressively and harshly answered by fire from infantry weapons. In the fighting killed 2 of our soldiers. Another was injured. In addition, due to the explosion of the unknown explosive device killed 2 and injured 3 Ukrainian defender. 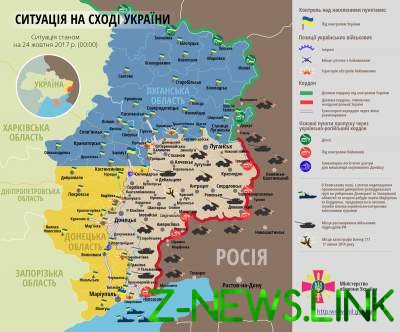