In the day the militants five times opened fire 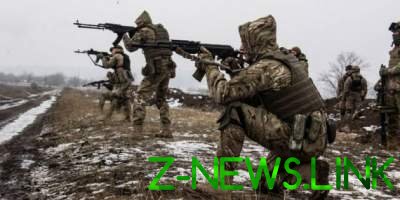 Dead and wounded among the Ukrainian military no.

The first day of the new year did not bring peace to the Donbass. The Russian occupation groups continue to carry out attacks of positions of Armed Forces of Ukraine, in particular, of the weapons prohibited by the Minsk agreements.

On Donetsk the direction of the hostile fire activity was observed on the sea of Azov. So, Pavlopol the enemy used the 120 and 82-mm mortars and infantry weapons. And rocket-propelled grenades of various types and small arms aggressors fired at our strong points near the Water. In the area of Varnetresk the occupants were released at the fortifications of the Ukrainian defenders more than ten min caliber 82 mm and fired rocket-propelled grenades and small arms.

In General, over the past day, Russian-terrorist troops 5 times broke the silence mode.

As a result of enemy shelling, one Ukrainian soldier was killed and one was injured.