In Russia, the meeting ended, Kim Jong-UN and Putin 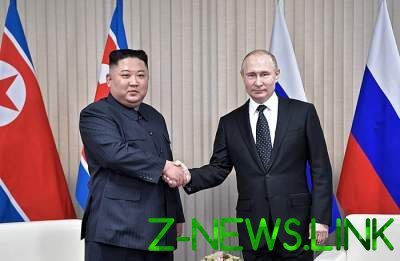 The meeting was held in a tete-a-tete.

The talks of Russian President Vladimir Putin met with Chairman of the state Council of the DPRK Kim Jong-UN has ended in Vladivostok. They took about three and a half hours. In the future, the program of the meeting of the two leaders – gala reception.

The first meeting between Putin and Kim Jong-UN was held on Thursday in a tete-a-tete and lasted about two hours – twice as long as planned. Then the negotiations continued in expanded format and took an hour and a half.

With the North Korean side in the talks was also attended by the foreign Minister of the DPRK ri Yong-Ho and first Deputy Minister of foreign Affairs, Choi sung-Hee.

After meeting with the Russian leader “eye to eye” Kim Jong-UN expressed the hope that his dialogue with Putin, which began in a constructive manner, will continue in the same spirit. According to the leaders, while chatting in the narrow part they were able to exchange views on the situation on the Korean Peninsula, which is one of the most pressing issues on the international agenda.