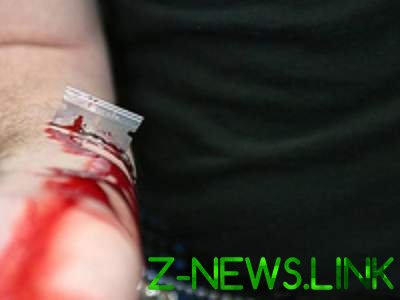 On the morning of 21 September in the Altai court began a series of attempts to commit suicide.

Being in different courts of the city, the prisoners began cutting my arms at the same time. Says the lawyer Anastasia Buchneva, the convoy reacted slowly: one of the defendants had to cut his arms and neck. “I thought, my defendant had caused injury to themselves for five minutes,” said the lawyer.

In a press-service of the Central district court of Barnaul, where occurred one of the events that occurred are regarded as a provocation, not a suicide attempt. According to them, the prisoner inflicted a superficial wound and was worried that is stained with blood. All prisoners who staged a performance in the courtroom, was sent to the hospital.

This group has arranged unusual performances in protest — they believe that the investigation of their criminal cases conducted properly. In August of this year, they went on hunger strike in Barnaul remand prison number 1, and one of the prisoners tried to sew up his mouth.

According to journalists, this activist was a former “thief in law” Nikolai Kuzmin, known in criminal circles by nickname “Baby.” However, the Agency then said that the only two inmates of the detention center refused to eat, because they don’t agree with the materials of the criminal case.