In Russia launched a nuclear submarine 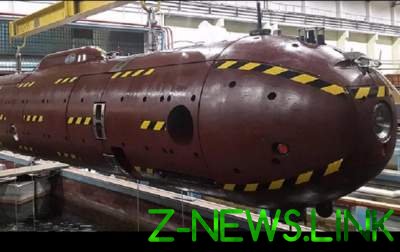 Construction will continue on the water.

In Russia on Tuesday, 23 April, launched a nuclear submarine special purpose project 09852 Belgorod, which is the first carrier apparatus Poseidon.

For launching in a videoconference watched the President of Russia Vladimir Putin.

It is noted that the completion of the submarine would continue on the water. According to the publication, the testing of nuclear reactor and mooring trials of the submarine planned for this year. In 2020, will be running the factory and state tests of the submarine, and at the end of the same year the Belgorod should be transferred to the Navy.

The Agency notes that the new submarine can carry on Board six strategic unmanned air vehicles.

Nuclear submarine Belgorod was founded on 24 July 1992, and December 20, 2012 remortgaged her on a new project. Specifications secpolicy classified and is presently unknown.

It will be equipped with unmanned underwater vehicles Poseidon are able to move at very great depths, and on Intercontinental range at a speed multiple of exceeding the speed of submarines, the most modern torpedoes and all kinds of surface ships. These drones can be equipped with both conventional and nuclear warheads. The drone needs to obtain unlimited range of stroke and a working depth of 1 km.

See also:  Unknown tried to blow up the substation in Donetsk region