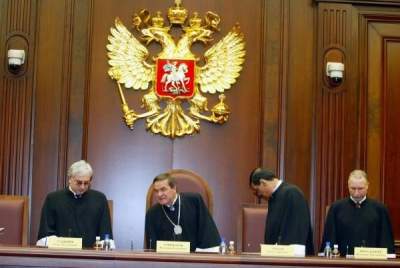 At the conclusion it is judicial-the medical expert, the man committed suicide.

According to him, the judge’s body was discovered the morning of may 8 in the garage at the courthouse in the village of Turuntaevo.

At the conclusion it is judicial-the medical expert, the man committed suicide. “During the inspection of the scene seized a video which shows how on the evening of 7 may, the single judge leaves the courthouse, heading toward the garage and go inside, where more comes out.

See also:  In Russia a man was arrested for collage of Putin