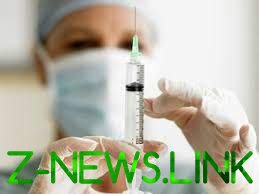 The woman had surgery on his knee.

Police Togliatti initiated a criminal case after infecting women with HIV-infection in a city hospital № 4. On Monday, October 23, according to the Prosecutor’s office of the Komsomol district of the city.

According to investigators, the 59-year-old patient infected during routine surgery on the knee joint in 2014. The virus can enter through the catheter when administering drugs. In February 2015, the woman returned to the hospital with complaints of knee pain, and during the examination she was diagnosed with HIV.

“This conclusion was based on the period of disease development, analysis of blood samples of the affected and HIV-infected patients who were on the day of surgery in the Department of anesthesiology and intensive care”, — stated in the message.

The cause of infection, according to investigators, was the failure by the medical staff rules of glove use and hand treatment after the procedures of the HIV-infected patient.

The case was filed under part 4 of article 122 of the criminal code of Russian Federation (“the Infection of another person with HIV resulting from improper performance of their professional duties”).