Home / business / In Russia, a police officer tortured a teenager to get a confession

In Russia, a police officer tortured a teenager to get a confession 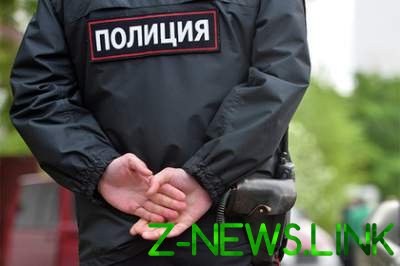 Now there is a consequence in this case.

In the village tymovskoe (Sakhalin oblast), Deputy head of the local POLICE caught the use of violence against a minor suspected of stealing. On Tuesday, November 28.

As noted in the message, along with the police chief on the case about excess of powers of office can pass one of the operational staff of the local criminal investigation Department.

“According to preliminary information, employees tymovskiy police detained two residents of Sakhalin suspected of committing theft. One of them was a minor. They were taken to the police station where, apparently, decided to conduct the interrogation”, — stated in the material.

See also:  Russia has drastically changed the tactics of the blockade of Ukrainian ports

According to the newspaper, after the incident, the suspects in the theft appealed to the Prosecutor, the complaint was forwarded to the internal security of UMVD. The Agency conducted an inspection, but allegedly found no violations. But after some time they were revealed, criminal proceedings were instituted.

See also: the Russians wanted to take a selfie with a grenade and died

Official comments about the incident from the regional Department of the Investigative Committee of Russia (TFR) and UMVD of Russia across the Sakhalin region has not yet been reported.