Home / business / In Russia, a man killed the pensioner for the sake of a bottle of vodka and 200 rubles

In Russia, a man killed the pensioner for the sake of a bottle of vodka and 200 rubles 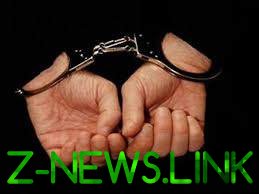 The culprit himself went to the police with a confession.

In njandoma of the Arkhangelsk region it is arrested 29-the summer jobless local resident, who confessed to killing 70-year-old woman. The extraction of the offender were a bottle of vodka and 200 rubles, reported on Monday the press service of the SU TFR in the region.

The pensioner’s body with signs of violent death was found on October 27 at the place of residence.

“Suspect entered a statement of surrender. During questioning, he explained to the investigator that came to the local resident to ask for money. Having been refused, he struck her two blows with a knife in the chest, then took the vodka and money in the sum about 200 rubles. Stolen from the crime scene disappeared,” — said the Agency.

See also:  The militants fired on civilians in the Donetsk region

Conducted investigations aimed at establishing all the circumstances of the crime.