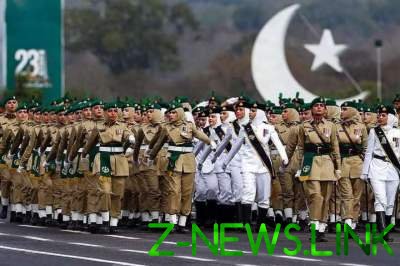 On Saturday in capital of Pakistan Islamabad held its annual military parade on the occasion of the national holiday of the Republic Day.

The celebration was held after suicide attacks last month in the disputed area of Kashmir, which India controls. The result of this attack, Islamist militants were killed 40 soldiers of the Indian security forces, which led to increased tensions between the two countries.

The President of Pakistan, Arif Alvi said that “irresponsible” relationship with India has led to increased threats to peace in the region.