Home / Video news / In Odessa explosion of gas under the asphalt road. Video

In Odessa explosion of gas under the asphalt road. Video 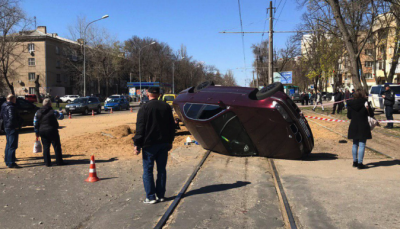 The incident was recorded by CCTV cameras.

Wednesday, April 3, in Odessa, an explosion of gas under the asphalt road near the restaurant “Apsheron”. From the blast high in the air soared a parked car.

See also:  Bloody footage of the storming of the Parliament of Macedonia. Video

As seen in the record of the explosion raised a mixture of asphalt and sand to a height of 9-10 meters. In addition, parked on the site of the explosion, the car also went up in the air.

The causes of the explosion are being investigated. To a scene there arrived police officers and city emergency services and physicians. According to preliminary information, nobody was hurt. Damage was the car that was blown right-of-way. Also affected by the road itself. The movement of trams was stopped.