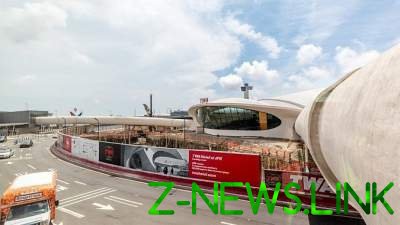 In new York there is a new-old attraction. Back to life the legendary TWA terminal of JFK – now it will open a fancy hotel.

It is especially important that the JFK airport, which serves as a major gateway in the U.S. for travelers from around the world, still had its hotel.

A little history: JFK opened in 1962, however, when he still bore the name of Idlewild. Passengers became more and more, and in 2001 the terminal TWA Flight Center had to be closed – he could no longer serve the modern liners.

Guests and passengers any terminal at JFK will be able to get to the hotel TWA Hotel by train, AirTrain, as well as using passenger crossings that go straight to Terminal 5.

The original design of the terminal building preserved intact and should cause a sensation of flight.

Behind the old terminal built two modern buildings of the hotel, decorated in a retro style, as a reminder of the airport the past 60 years. Each of the 512 rooms of furniture fashionable in the middle of the last century. But of course, this is a modern stylization.

Classic tunes of Frank Sinatra and The Beatles will greet guests in the lobby, reminiscent of the Golden era of aviation.

You can sit in the original chairs from the waiting room, which were carefully restored. As decorative elements serve Hollywood artifacts, old telephones, retro stylized lighting and advertising posters airlines.

The life of a modern airport can be seen directly from the room, but modern thick glass and soundproofing will not allow noise to disturb the sleep of tourists.

Fitness centre, yoga rooms, eight bars, six restaurants, including a Parisian cafe, the modern Jet Age Museum dedicated to the era of jet aircraft, shops, a large terrace on the roof with a swimming pool – it is clear that the cost of rooms starts from $250 per night.

Although this budget hotel is not called, its opening is good news for the growing number of tourists who pass through JFK each year. This figure is 56 million passengers annually – making JFK a major international airport in the country.

Building a vintage-chic hotel complex at a cost of 265 million dollars. The project was fully funded by the private sector.