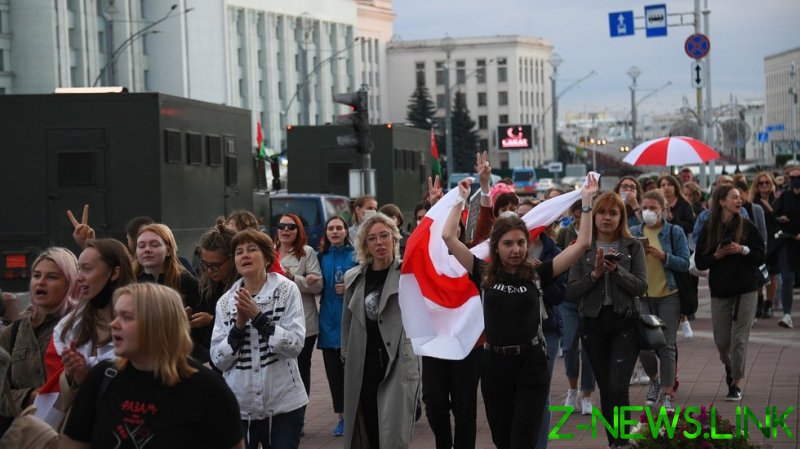 Journalists from Western media organizations, such as Reuters and Associated Press, along with state media outlets AFP, BBC, Deutsche Welle and RFE/RL, have been stripped of their right to report, meaning that they could be arrested if caught performing their duties. The majority of these reporters are Belarusian citizens.

In response, British state broadcaster BBC called the move a “stifling of independent journalism,” which it condemned “in the strongest possible terms.”

Among the reporters working for foreign media outlets were four Russians, according to the press secretary of the Russian Embassy in Minsk, Alexei Maskalev, who clarified that they worked for news agency Associated Press and the German TV channel ARDl. Maskalev said that the Embassy would help ensure the four Russians leave the country. On Thursday, Belarusian police detained multiple journalists covering demonstrations in the country’s capital city. Those working for Russian media outlets were released after their documents were checked, Maskalev said.

Belarus’ crackdown on the media began on August 9, the day of the presidential election. Following the results, which declared incumbent Alexander Lukashenko the winner with over 80 percent of the vote, thousands of citizens took to the streets to protest.