Home / business / In Moscow, a mentally ill poured the Mausoleum of oil

In Moscow, a mentally ill poured the Mausoleum of oil 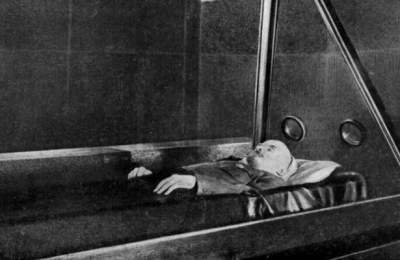 The man tried to “revive” Lenin.

In Moscow, a man doused in olive oil the Lenin mausoleum.

Yesterday, the 37-year-old Muscovite at about 22:00 came to the Red square. According to the publication, he had behaved inappropriately, and soon pulled out a packet of olive oil and shouting: “get Up!” – he began to pour the mausoleum.

The man was detained by militiamen. The rowdy was taken to POLICE where he was interviewed, but the man could not explain why he poured the mausoleum. The publication claims that the doctors who examined the detained man, diagnosed him with personality disorder and prescribed psychiatric treatment.