In Kiev patrol rushed to the car. Video 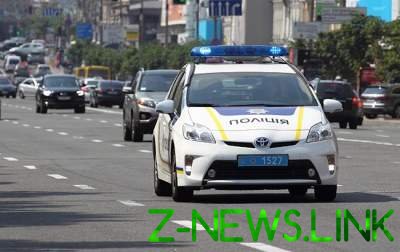 Shot of the day.

The aggressive behavior of the police was recorded by the video recorder In Kiev inappropriate behavior patrol almost scared to death of spouses.

The aggressive behavior of the police was recorded by the video recorder. In the video you can see how inadequate a policeman with a crazy look on his face first hitting the car glass with his fist, then pulls out a gun, cocks it, and smashes the windshield of the car.

The policeman insisted that he tried to pick them up. The car the couple were seized and have not even filed papers. In turn, the driver claims he saw a COP and had to slow down near it. Subsequently, the driver of the car called an ambulance, which arrived an hour and a half. “Raging” COP’s name is Roman Gabbros, he’s 26 years old and he is an inspector of the patrol police of Kiev. It is reported that for two years this COP has already “different”.

A few months ago, he and a colleague arrived at the challenge, beat the man who caused them.